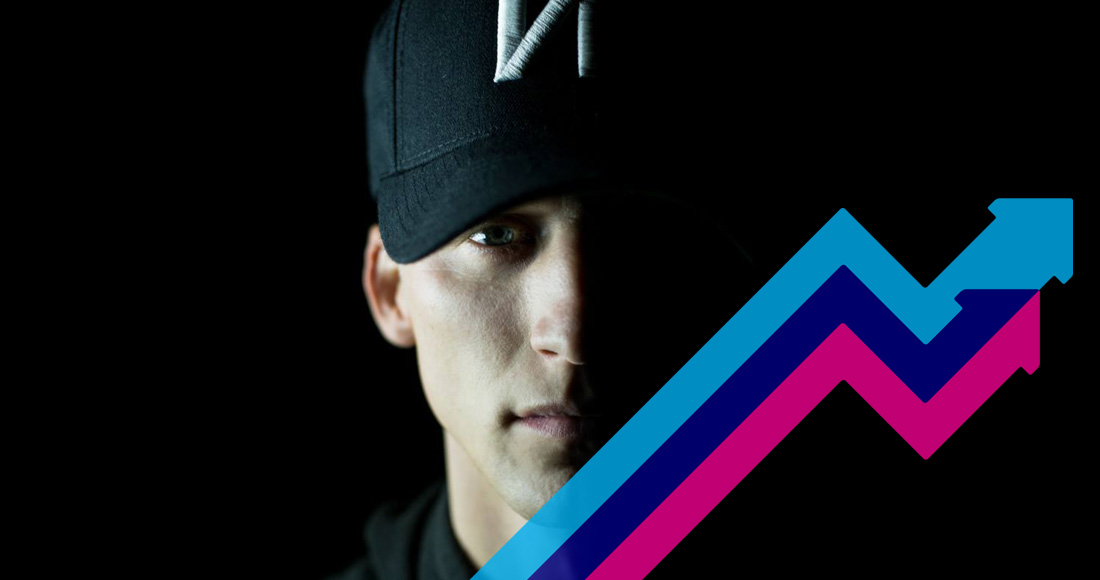 US Christian hip-hop star NF lands at Number 1 on this week's Official Trending Chart with his latest track Let You Down.

The 26-year-old - real name Nathan Feuerstein - has released three studio albums since 2015, but Let You Down has become his worldwide breakthrough hit.

Let You Down, which is about NF's relationship with his father, has been steadily climbing up the Official Singles Chart Top 40 for the past six weeks, debuting at Number 40 in October. This week, it's set to gain even further, currently up from 16 to Number 13 in the latest update.

The song has already been a Top 10 hit in Ireland, Sweden, New Zealand and Norway and is currently scaling the Billboard Hot 100 in America.

Meanwhile, Louis Tomlinson makes a strong entry on the Official Trending Chart with his latest track Miss You, as does P!nk with her new single Beautiful Trauma and new US boyband Prettymuch with No More ft. French Montana. Each performed their singles on this year's X Factor final last weekend.

Speaking of which, this year's series champions, Rak-Su also feature in the Top 20 with their self-written winner's single Dimelo.