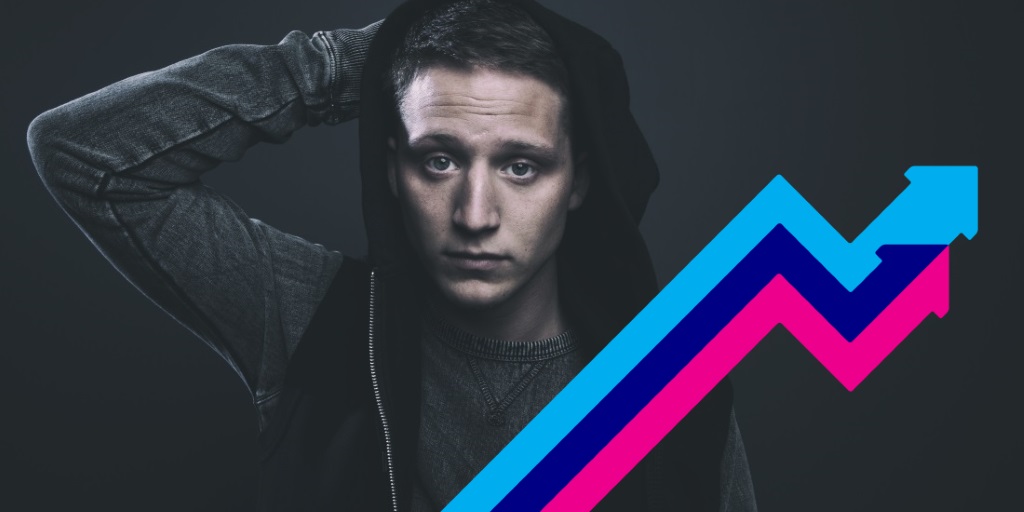 NF, the rising American rapper combining Christian and hip-hop genres is Number 1 on the Official Trending Chart for a second week with Let You Down.

Real name Nathan Feuerstein, the 26-year-old has been making waves in the UK over the last few weeks, appearing just outside the Official Chart Top 10 for the past fortnight. With this week's Official Chart Update predicting another climb, NF leads the Trending tally for the second straight week.

Songs that have not yet hit the Official Chart Top 10 qualify for the Official Trending Chart, which tracks potential hits of the future. James Arthur's Naked and P!nk's Beautiful Trauma are such songs, both gaining in popularity since last week's Official Chart.

So which other songs should we be keeping an eye on this week? Camila Cabello dropped two new songs last week, Real Friends and Never Be The Same, like how she released Havana and OMG together back in August. Havana eventually became a Number 1 hit - could Never Be The Same follow suit?

Elsewhere on the chart, seasonal songs from Sia and Gwen Stefani make an impact, while big collaborations from Taylor Swift, Ed Sheeran and Future, and Charli XCX, Tove Lo and Alma gain ground.