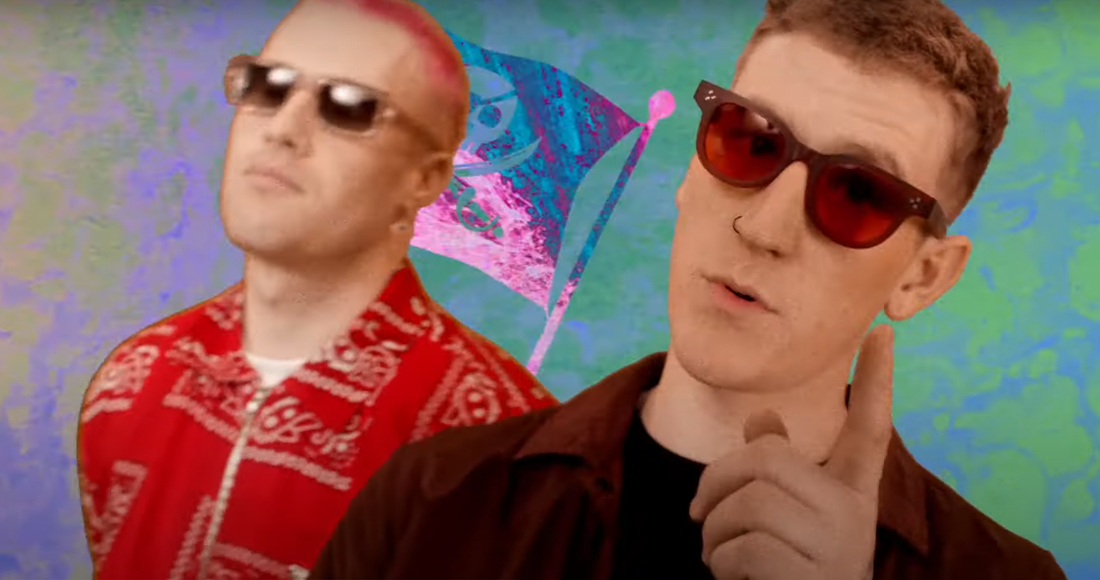 Nathan Evans has unveiled the official music video for the remix of his viral sea shanty hit Wellerman.

In keeping with the song's unlikely success across the world - boosed by an even more unexpected dance-friendly remix for radio - the clip sees Nathan and producer/DJs 220 Kid and Billen Ted against a colourful and psychedelic backdrop.

Now in its seventh week in the Top 3, Wellerman could finally claim the Number 1 spot on this week's Official Singles Chart. The track is currently outperforming last week's chart-topper, Drivers License by Olivia Rodrigo, and three new entries from Drake, according to the latest update.

After signing a major label record deal following his viral success, Nathan recently told OfficialCharts.com his hopes for his debut album. He said: "I've got a few songs I've written and I know how I want them to sound, but if people wanted another shanty, or something along those lines, I'd be happy with that.

"If I know it's going to have the same effect as Wellerman and put a smile on peoples' faces, and everyone's going to join in a sing along, I'm in. Whatever makes people happy."

Nathan recently announced details of his 2021/2022 UK and European tour, which kicks off on December 1 in Dublin.