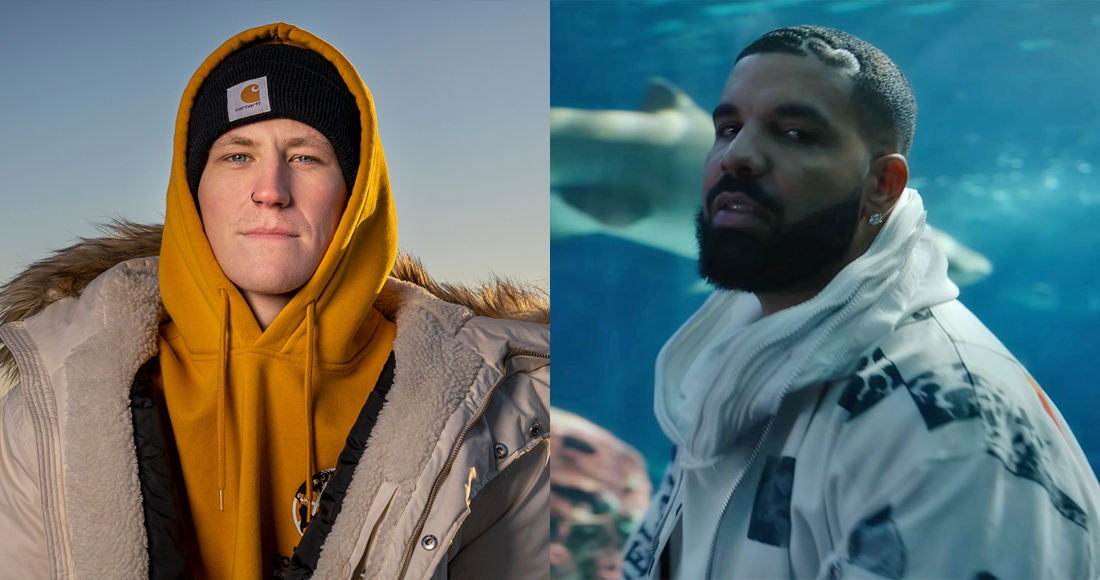 After six weeks bobbing between Number 2 and Number 3 on the Official Singles Chart, there’s a chance the song could float up to the top spot this Friday.

However, there are just a few hundred chart sales between the track and its closest competition – a brand new single from Drake – and reigning Number 1 Drivers License by Olivia Rodrigo is at Number 3 less than 800 chart sales behind Wellerman.

Drake is set to take three places in this week’s Top 10 following the release of his new three-track EP, Scary Hours 2. What’s Next currently sits at Number 2, confidently challenging for this week’s Number 1 while Lemon Pepper Freestyle and Wants and Needs are at Number 4 and 5 respectively - potentially his 24th, 25th and 26th Top 10 singles in the UK.

If What's Next can climb to Number 1 over the course of the week it will mark Drake's seventh UK Number 1 hit. See Drake's full UK Chart history here.

Further down the First Look Top 20, Leave The Door Open by Silk Sonic – the new project from Bruno Mars and Anderson .Paak – is at Number 16. If it stays on track it’ll be Bruno Mars’ 19th Top 20 single and Anderson .Paak’s first ever UK Top 40 hit.

The final Official Chart Top 40 will be unveiled exclusively on BBC Radio 1’s Official Chart with Scott Mills this Friday from 4pm, with the full Official Singles Chart Top 100 pu­blished on OfficialCharts.com from 5.45pm.