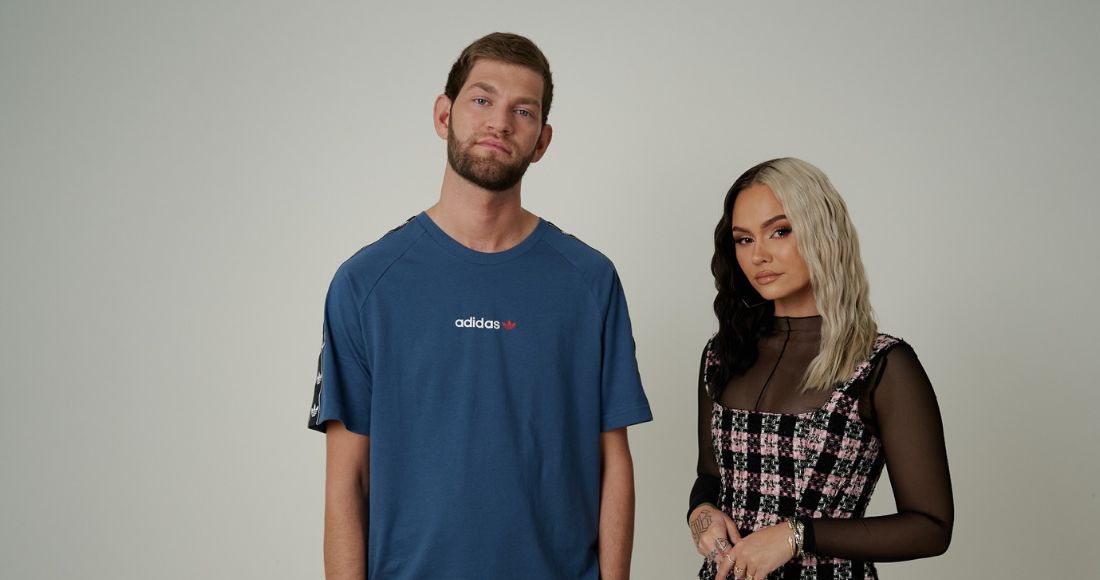 It's fair to say that by now, Nathan Dawe knows one of a banger from the other.

This summer, Nathan's earworm track 21 Reasons with Ella Henderson became his second UK Top 10 single, and seemed to be one of the anthems of the hottest summer on record.

Now, Nathan is back again, this time recruiting pop star on the rise Talia Mar (the voice behind Sigala's un-official Love Island anthem Stay The Night, which peaked just outside the Top 10 at Number 11) for Sweet Lies, a confectionate, old-school garage banger heavily inspired by the classic Sweet Like Chocolate by Shanks & Bigfoot.

"It's something that's been in the works for a while," Nathan tell us over the phone while preparing for the song's release. "I've been testing it in front of live crowds and it's worked really well. The time is right after 21 Reasons, it's bringing a summer banger into the winter."

Listen to Sweet Lies below now.

Nathan and Talia also seem like the perfect match on the track, her effervescent vocals perfectly matching the throwback vibe, proving (alongside the success of Stay The Night) that this is an upcoming pop girlie to keep an eye on.

As for how the two have connected, Nathan says he has known Talia since the Lighter days with KSI (before committing to a full-time music career, Talia was best known as a YouTuber and blogger, much like KSI himself) and they've been waiting for the perfect time to collaborate, and Sweet Lies was the perfect choice.

"The record speaks for itself," Nathan says. "She completely smashed it. [Talia and I] always said that when the time was right, we'd work together. We're both buzzing with the outcome."

Nathan's also gearing up for the biggest live performance of the year so far, as he takes his annual Christmas Special live show to even bigger heights, returning to his roots in Birmingham for a massive headline arena show this December 23.

"We've done this every winter for five years," Nathan shares, "We've always done it at the O2, but we've moved up to the Utilita Arena. Bigger crowd, bigger performances, bigger production.

"We've got some very special guests that haven't been announced yet...maybe one massive one people will be able to guess, but it's like throwing a massive party for my friends and family that other people just happen to be invited to. I can't wait."

Before we jump off, we also, of course, have to ask Nathan about the massive success of 21 Reasons this summer - which helped Ella notch two UK Top 10 singles at the same time, which isn't bad going, is it?

"To have a single that was basically Top 10 for all of the summer was insane," Nathan shared. "It's always nice to have that when you're out touring and performing to crowds. It made summer a lot more enjoyable. It was probably the best summer ever."

Sweet Lies by Nathan Dawe x Talia Mar is out now via Atlantic.