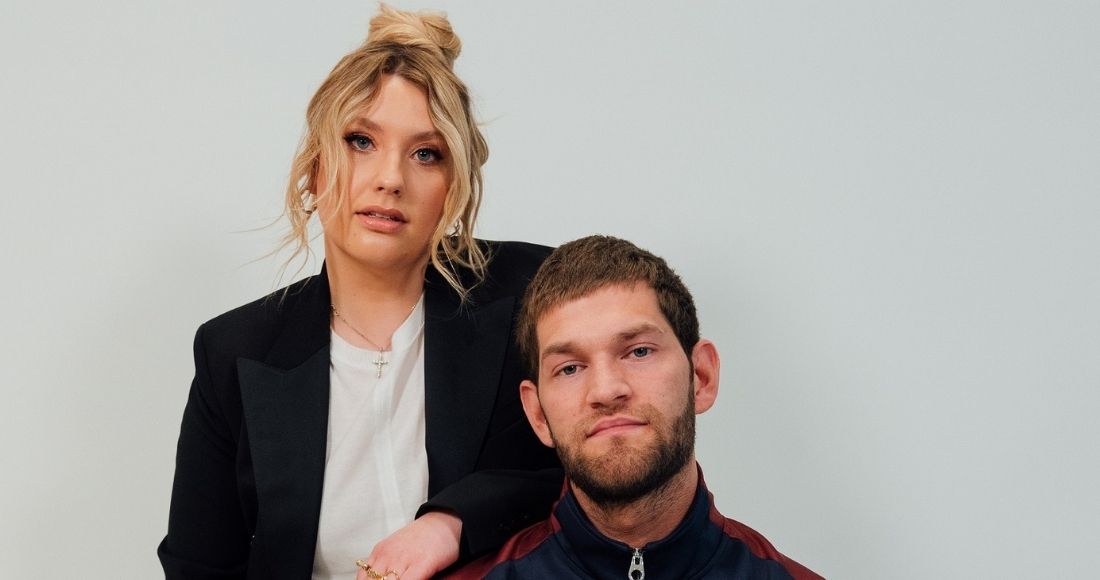 You can always count on Nathan Dawe to supply a banger.

His new single, 21 Reasons, is no exception. It sees him reunite with Ella Henderson, who provided uncredited vocals for Nathan's breakout hit Lighter with KSI, which peaked at Number 3 on the Official Singles Chart.

But this time, Ella's voice is front and centre, the star of this show, alongside a particularly inspired sample of Rune's 2003 dance hit Calabria, probably most recogniseable to people in Britain as the sample used in Alex Gaudino's Destination Calabria ("destination unknoooooown", you know the one), a staple of school discos in the year 2007.

We jumped on a call with Nathan to discuss all this and more with his first new song of 2022...and with plenty more still on the horizon.

Hi Nathan! How are you feeling with the song nearly out in the world?

I'm more excited than anything. It's been quite a while since I released anything, so I wanted to make sure to come back with the right song. Obviously, the sample in the song took quite a while to clear, but we didn't want to rush anything.

We have seen you become very active on TikTok recently, Nathan...have you got the bug?

Honestly, 12 months ago I wouldn't have even known how to make a video on there. It's hard now I've got the hang of it, it's very, very addictive. But that's the thing with this new day and age, you've got to adapt.

We've been working with arguably some of the biggest TikTokers in the country for this release - its been received really, really well. I feel like people already know the song by heart. I played it the other day at a set, and people were singing it back to me! It's not even out yet!

We also have to talk about the sample the song uses. It's taken from the original Calabria, but of course everyone here knows it as Destination Calabria - a school disco classic!

I've loved that record forever. I've probably played it in pretty much every set I've ever had, from the age of 15 up until now at 27. I've always wanted to do something with that record, and I really wanted to do it justice, I didn't want to rush it. I think we finally found the perfect concept to fit the sample around - here's 21 reasons why I love you, I think that's very relatable.

Ella also, as always, sounds fantastic on it. How was it like to work with her again?

She always sounds amazing. But yeah, we've stayed friends ever since Lighter, and always check up on each other. We'd had a rough reference demo of the track finished without any vocals on. I was thinking...do you know who I could work with this on? Ella! Not Chipmunk Ella [on Lighter, Ella's vocals were heavily filtered] but proper Ella! Within a minute of me sending it over, we'd set up a Zoom and we wrote 21 Reasons in about two hours.

Just saying Nathan, but you should 100% reference that Destination Calabria video in your own. Get Ella a trumpet and a marching band.

We haven't shot a video yet! We're absolutely going to have to work that out, although I'm not dancing it in it!