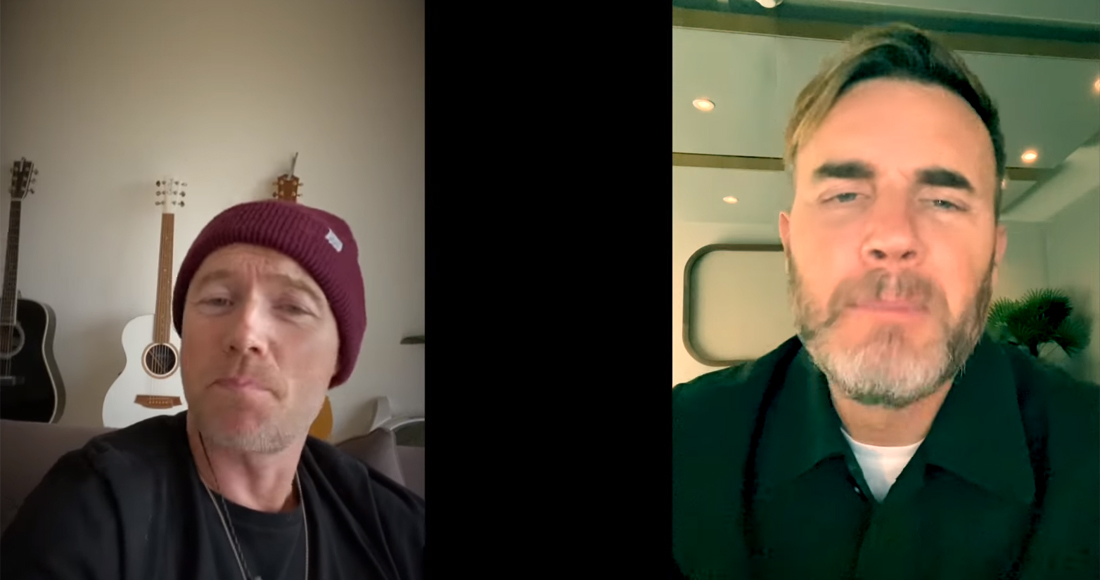 In these uncertain times, and with many of us in isolation, musicians are reaching out to their fans and keeping us entertained via livestream gigs, direct from their living room to yours.

Coldplay's Chris Martin, Niall Horan, Christine and the Queens and Charli XCX are just some of the acts hosting live sessions online, and on occasion it's resulted in some brilliant and unexpected collaborations.

Ronan Keating and Gary Barlow - two boyband legends, no less - are the latest to team up virtually, performing Boyzone's 1997 hit Baby Can I Hold You Tonight as a duet. It's the ultimate boyband team up we never thought we'd see.

It turns out Gary has another good boyband friend we didn't know about: JC Chasez from N*Sync. The pair performed Take That's Back For Good, with JC taking lead vocals instead of Gary.

Meanwhile, punk musician Yungblud performed with Machine Gun Kelly and Bella Thorne during his one-hour concert on YouTube this week, and Charli XCX is keeping in touch with her pop star pals, including Christine and the Queens, Diplo and Kim Petras for a series of live conversations and performances.

Given artist collaboration online is a lot easier than working out the logistics of meeting in person, it could throw up some interesting duets in the coming weeks. Here are a few suggestions from the Official Charts team that we'd like to see.

Noel and Liam Gallagher - we get to see that long-awaited reunion and the Gallagher brothers can do it without being in the same room. Win win?

Spice Girls, including Victoria Beckham - an easy way of getting the full band back together, even if just for one song. Victoria couldn't say no to this, could she?

Stormzy and Wiley - we'd love to see how this one turns out...

Mariah Carey and Jennifer Lopez - a duet that would also give Mariah a chance to finally meet Jennifer.

Who would you like to see team up for a virtual collaboration? As long as they're alive, it really could be anyone. Tell us in the comments below.