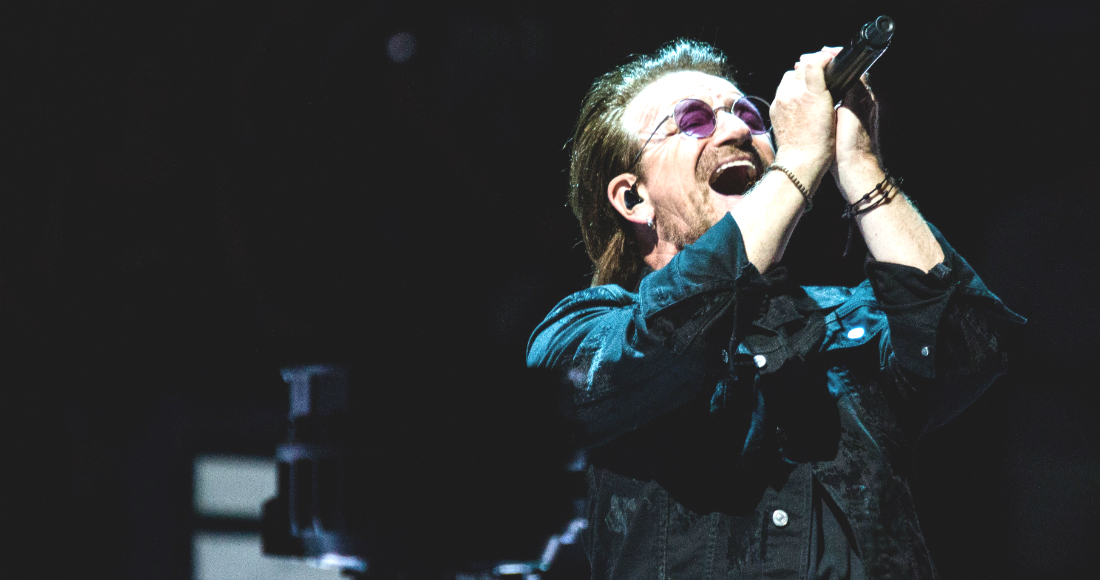 Ireland really is the place to be for gigs this month. The nation's capital is a lively hub for music all year round, but some of the country's biggest names are lined up to perform in the coming weeks - while plenty of international acts are flocking to the country too. Here's what's on offer.

Irish music royalty and the act with the most Number 1s ever recorded on the Official Irish Singles Chart (19), U2 have just started a residency at Dublin's 3Arena. Following two shows on November 45 and 6, the rock legends will take to the stage once again on November 9 and 10. The series of shows is in support of their Number 1 album Songs of Experience.

All shows are sold out, but if you get lucky, you may still be able to get your hands on some. Top tip: Check the box office at the venue on the day.

Portrane alt-rock group Delorentos celebrated their fifth Top 10 on the Official Irish Albums Chart back in April, and on November 9, they'll be performing songs from the record, called True Surrender. Kieran, Ross, Nial and Ronan will play Spirit Store in Dundalk before heading to Dublin's Olympia Theatre on November 10.

Hit producer Jax Jones is bringing his club-friendly tunes to The Academy in Dublin on November 14 and 15. The setlist will no doubt include his three Irish Top 5 hits Breathe, You Don't Know Me and I Got U, and he's known for playing as-yet-unreleased tracks too, so you may well get a taster of his future material.

Mumford & Sons' Celtic-inspired music taking over Dublin's 3Arena on November 16, the day their new album Delta is released. The support act, rising singer-songwriter Maggie Rogers, is also well worth a watch. The band's last three albums have all reached Number 1 in Ireland, and this show could ensure they clinch it again.

Following their Number 2-peaking collection High As Hope, released back in June, Florence + The Machine will play a sold-out show at the 3Arena on November 19. With 10 Top 50 singles to their name, they have plenty of hits to throw into the mix. Keep an eye out for their support slot artists too, New York indie pop trio Wet.

A big one to watch, folk musician Ailbhe Reddy released her debut EP Hallowed Out Sea to critical acclaim in 2016. After performing at Electric Picnic, Latitude and Glastonbury over the past two years, she's back home for a headline show at Whelan's in Dublin on November 23. Her latest single Shame was released in August.

Another new face to keep an eye on, Laoise is performing her 2018 singles Again and Bother plus new material in Cork and Dublin this month. She's headlining Cyprus Avenue November 23 and The Grand Social on November 24. If Robyn, Ariana and the Rose, Wyvern Lingo and Nao are your thing, she'll be right up your street.

The Voice of Ireland and Britain's Got Talent alumni Ryan O'Shaughnessy has three upcoming dates in support of his latest single Civil War. The singer-songwriter has already scored an Irish Singles Chart Top 20 hit this year with his Eurovision track Together, and you'll be able to hear it live at Garbo's in Castlebar on November 24 and at the Alley Theatre in Strabane on November 30.

Wheatus are playing a string of shows in Ireland starting November 25, visiting Letterkenny, Cork, Galway, Dublin and Limerick. Click here to view all of the relevant dates and times. 18 years on from their debut single, everyone still wants to be a Teenage Dirtbag, right?

Boy George and Culture Club's new album Life is out now, and they'll be throwing one hell of a show at the 3Arena to celebrate. Touring with Belinda Carlisle and Tom Bailey of the Thompson Twins, there'll be nostalgia aplenty come November 25. Tickets are still available here.

MORE: “If you're an outsider, the world has always been a scary place” - Boy George interview

Christine and the Queens

RDS Main Hall is hosting Christine and the Queens on November 30, bringing an end to a fantastic month of live music in Dublin and its many incredible venues. Tickets are still available, so if you want to hear tracks from her Top 20 sophomore album Chris, grab them while you can.