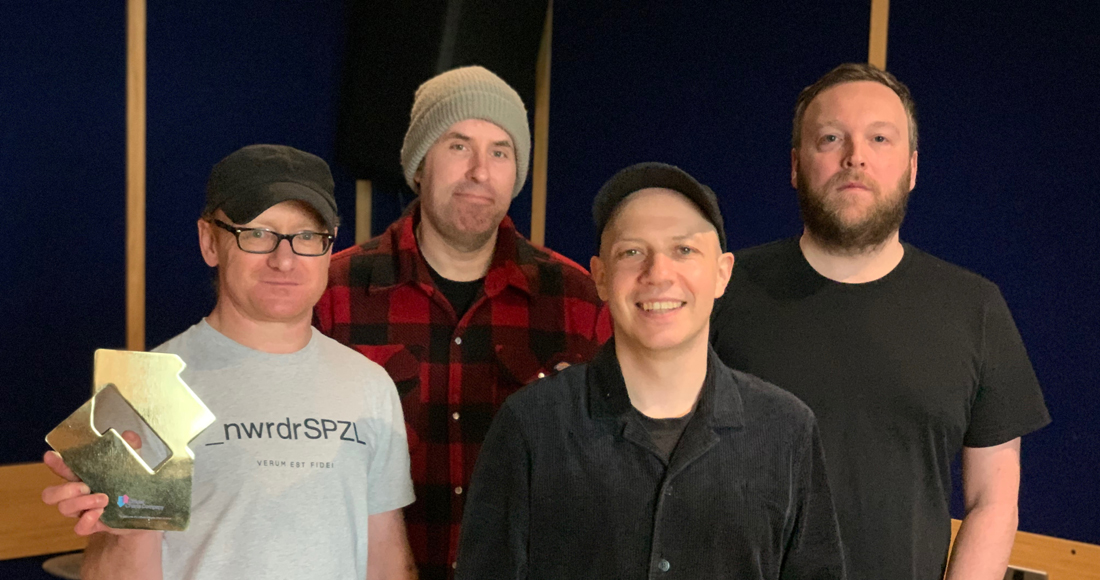 Mogwai triumph on this week’s Official Albums Chart, scoring their first Number 1 with their tenth studio record As The Love Continues.

The Scottish rock group have been facing off with Ghetts for this week’s top spot, with the British rapper taking to the streets of central London in an armoured tank hoping to blast his third album Conflict Of Interest to the summit.

Mogwai finish the week 2,900 chart sales ahead of Ghetts, resulting in a landmark moment for the band, claiming their first Number 1 some 25 years after the release of their debut single.

Released independently through the band’s own label Rock Action, As The Love Continues is also this week’s best-seller on vinyl and the top seller in UK independent record shops. View Mogwai's Official Chart history in full here.

Celebrating the news, Mogwai told OfficialCharts.com: “We’re unbelievably happy to have the Number 1 album in the UK. We want to thank everyone at Rock Action Records - both of you - and mostly to thank everyone who has bought, downloaded and streamed the album, and supported us over the last week, and the last 25 years. It’s something we’re amazed by. We’re taken aback by everyone’s support, kindness and generosity.

"It is 25 years this week since the release of our first single Tuner/Lower, the first release on our own label Rock Action Records. We didn’t start the band or the label to get into the charts. None of us ever envisaged either the band or the label being in a position where having a Number 1 record would be a possibility.

"We started the label with a loan of £400 from my now-brother in law. Martin’s folks generously helped us out by paying for the studio to record the songs. We were just kids that wanted to make an amazing noise and get our record played on John Peel. Amazingly John did play the record, and one thing led to another to get us to the point we’re at now. It’s been an incredible journey making music together over the last quarter century, taking us to places we never dreamed of and getting to play our music to more people than we ever imagined.”

Elsewhere in this week’s Top 10, Dua Lipa’s Future Nostalgia continues its boost back up the chart, up one place to Number 3 following the release of its extended Moonlight Edition including new single We’re Good, and Ariana Grande’s former chart-topper Positions rebounds 28 places to Number 5 following a deluxe edition release.

Further down, Yorkshire indie band The Reytons make their Official Chart debut at Number 27 with their new EP May Seriously Harm You And Others Around.