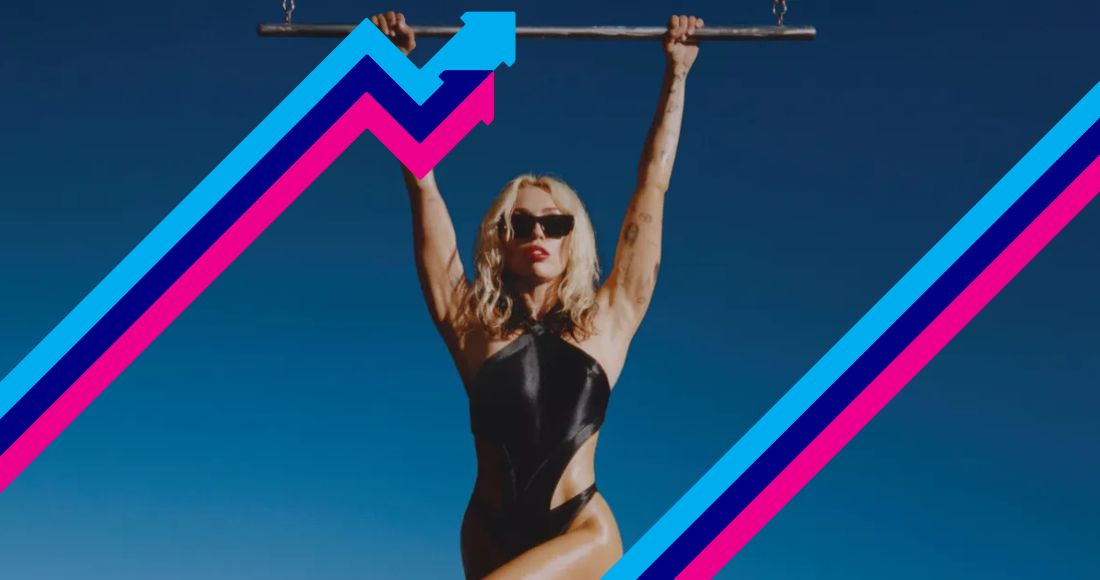 She can love herself better, baby!

Miley Cyrus' big comeback single Flowers blooms at Number 1 on the UK's Official Trending Chart today, as the song leapfrogs RAYE's Escapism., now in the lead for a Number 1 debut this Friday.

Helmed by Kid Harpoon and Tyler Johnson's production (Harry Styles' go-to collaborators) the song has exploded across social media since its debut last week, thanks to its buzzy videos that sees Miley strut around in a vintage YSL gold lamé jumpsuit, do some home workouts (gotta get that fitness in, girl) and dance on the roof of her house. Pop stars! They're just like us!

Flowers was originally pacing to debut at Number 2 on the Official Singles Chart, but in recent days has jumped ahead of its nearest competition, RAYE's Escapism. It would be Miley's third UK Number 1 single - and her first since Wrecking Ball in 2013 (what a time).

This week's highest new entry on the Official Trending Chart comes from Mimi Webb with her fun new single, Red Flags - read more about the meaning about the track in our exclusive interview with Mimi here.

We also have some more new entries this week, from Fredo (Dave Flow), Shakira's viral BZRP Music Session where she dishes some dirt on her divorce (BZRP Music Sessions - Volume 53), Sam Smith's elastic team-up with Koffee and Jessie Reyez (Gimme) and Clavish (No Difference).

Only one song is on the rise this week - Libianca's People, which recently became the newest Number 1 on the UK's Official Afrobeats Chart, un-seating longtime chart king Burna Boy.