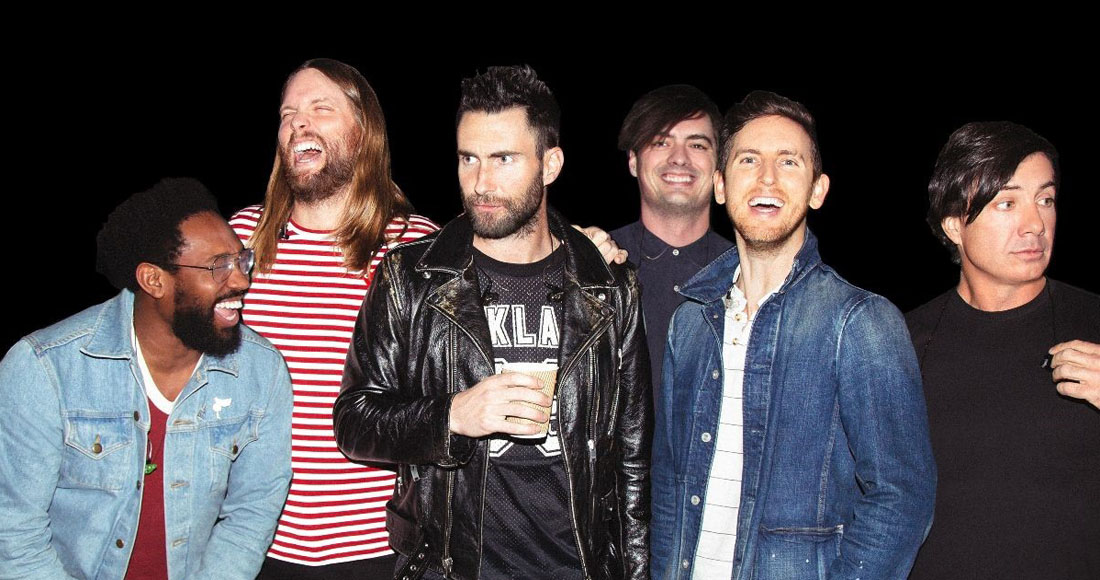 17 years after making their UK chart debut, Maroon 5 are still racking up big hits across the world.

To date, the band have 22 Top 40 singles, including one chart-topper, plus two Number 1 albums. Maroon 5 will be hoping to add to that tally with their newly released seventh album, JORDI. Look at their UK chart history so far here.

Their biggest hit is their 2011 single Moves Like Jagger, which is one of the UK's best-selling singles of all time despite not reaching Number 1, spending seven weeks at Number 2. The Christina Aguilera-assisted track has 2.14 million chart sales, split between 1.54m downloads and 42.5m streams.

Maroon 5's second biggest song in the UK is the disco-pop Sugar (1.67m), which peaked Number 7 but logged an impressive 27 weeks inside the Top 40 in 2015, boosting it up their all-time chart.

One of Maroon 5's early hits, 2004's pop-rock ballad She Will Be Loved, rounds out their Top 5 on 1.38m. The song was key in helping their debut album Songs About Jane to Number 1 on the Official Albums Chart, which reached the top spot some 31 weeks after its release - around the time the single peaked at Number 4.

Further down Maroon 5's all-time Top 20, the band's most recent Top 10, Memories, is sixth (1.17m), and their big breakout hit This Love ranks tenth (608k). Despite missing the Top 40, 2017's Wait places at 18 as it continues to prove popular on streaming platforms, and 2007 Rihanna collaboration If I Never See Your Face Again is at 19.