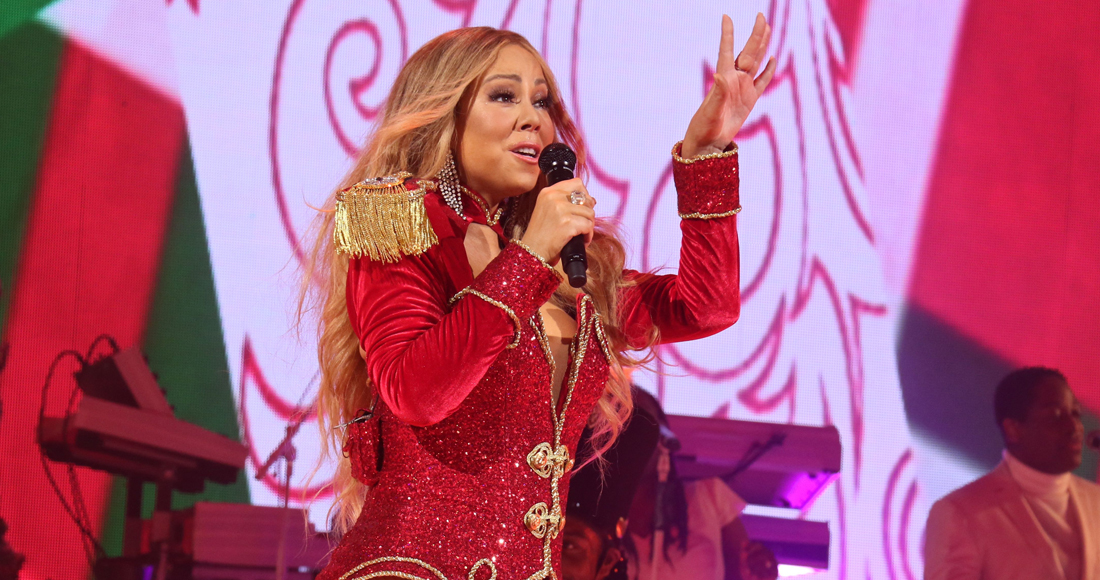 If you thought Mariah Carey's All I Want For Christmas Is You missing out on the UK Christmas Number 1 in 1994 was a travesty, the track had never even entered the Top 10 in America... until now.

The festive classic climbs from 11 to Number 9 on this week's Billboard Hot 100, earning the song a new chart peak and entering the Top 10 for the first time 23 years after its release.

"This is such an amazing Christmas gift!," Mariah told Billboard. "As a songwriter, I feel so honored to have this song reach Billboard's [Hot 100] top 10 for the first time.

"I honestly never thought we'd be talking about this happening, but I'm so thankful to everyone who embraces this song as part of their holiday tradition. It truly warms my heart, and I am proud of this song that I wrote basically as a kid on my little Casio keyboard."

Last week in the UK, All I Want For Christmas Is You matched its Number 2 peak on the Official Chart, which it achieved in 1994. The song lost out on the Christmas Number 1 to East 17's Stay Another Day.

Mariah co-wrote the Christmas banger with Walter Afanasieff for her 1994 holiday album Merry Christmas, which has sold 307,000 copies in the UK, according to Official Charts Company data. See where all of the star's singles and albums have charted in the UK here.