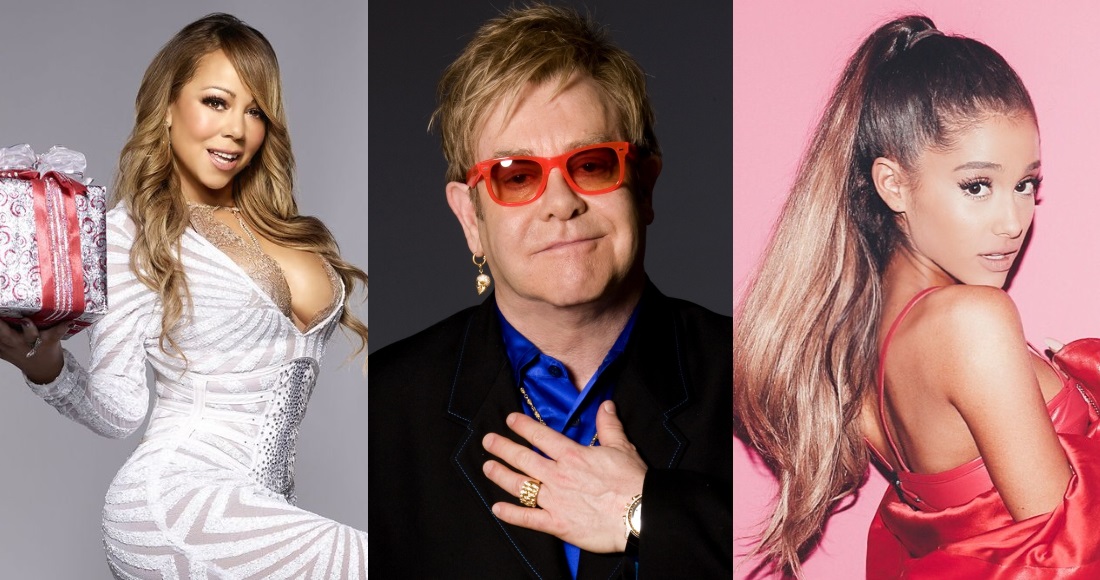 Christmas has well and truly arrived on the Official Singles Chart, with 17 festive tracks impacting this week’s Top 40, putting several classics in the running as strong contenders for next Friday’s Official Christmas Number 1 2017 crown.

While Ed Sheeran reigns at Number 1 with Perfect for a second week, he has some serious competition on his hands for the #XmasNo1 spot next Friday.

Mariah Carey’s All I Want For Christmas rises three places to Number 2, surpassing its modern personal-best of Number 4 that it managed in 2007, and matching its chart peak that it achieved way back in 1994.

Wham! complete the Top 3 with Last Christmas at Number 3, marking the first time the song has been in the Official Chart Top 5 since January 1985. Last Christmas is the best-selling single never to have reached Number 1, but with a Facebook campaign to get it to the Christmas top spot kicking off today, could all that be set to change next week?

One other Christmas song sits in this week’s Top 10 – The Pogues and Kirsty MacColl’s Fairytale of New York, up three to Number 7.

Band Aid’s Do They Know It’s Christmas is at Number 12, its highest entry since December 1985, while Brenda Lee’s Rockin’ Around The Christmas Tree vaults 27 places to Number 15, its highest chart placing for 54 years since 1963. Shakin’ Stevens is also scaling the Top 40, up five to Number 16 with Merry Christmas Everyone.

Two yuletide songs also break into the Top 20 for the very first time this week. Michael Buble’s It’s Beginning To Look A Lot Like Christmas lifts 27 slots to Number 18, while Step Into Christmas by Elton John (19) becomes his 46th UK Top 20 hit – the song originally peaked at Number 24 in 1973.

MORE: Look back at every Official Number 1 single EVER

Wizzard hop two positions to Number 22 with I Wish It Could Be Christmas Everyday, while Chris Rea’s Driving Home For Christmas speeds to a new personal best, climbing 45 rungs to Number 23. Santa Tell Me, the modern festive favourite from Ariana Grande, also hits new heights at Number 29, and Slade shift from 62 to Number 30 with Merry Xmas Everybody.

Finally, away from the Christmas crackers, NF’s Let You Down reaches a new peak of Number 11, up two, and grime star Ramz scores his debut Top 40 entry with Barking at Number 27.

Look back through every Official Number 1 single of 2017 so far below: