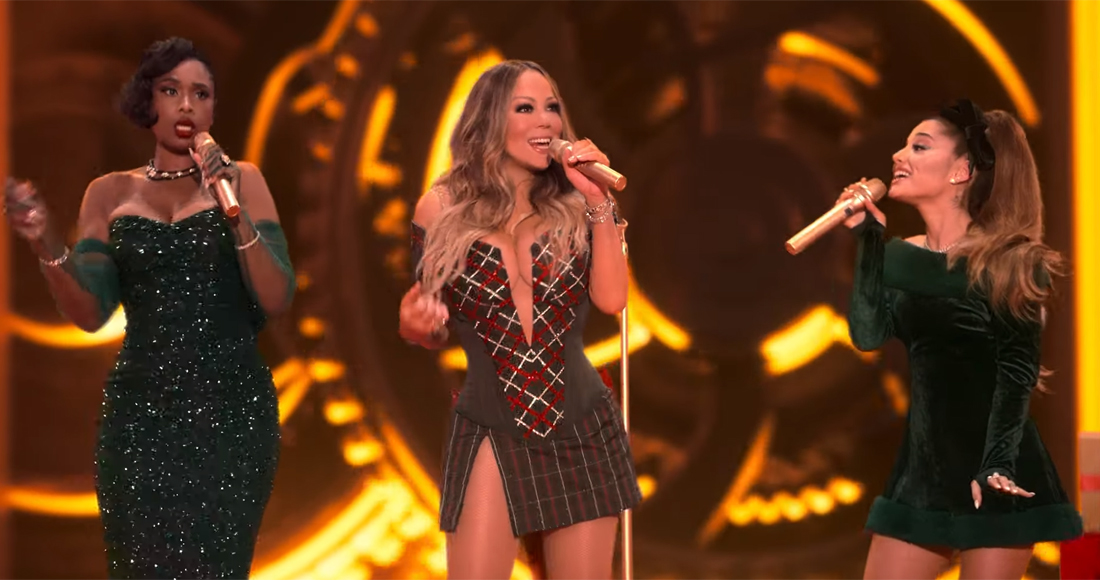 Oh Santa! previously featured on Mariah's 2010 yuletide album Merry Christmas II You, with the original version clocking up 1.2 million streams in the UK.

Watch the new clip below, where the three divas come together for a very intense festive sing-a-long that may include the first-ever whistle note duet.

"Faced with a holiday cheer crisis, the North Pole knows there's only one person who can save the day: Santa’s great friend, Mariah Carey," reads the official synopsis of the special and it's true - if anyone can save the festive season, it's the Queen of Christmas.

Mariah's staple festive favourite All I Want For Christmas Is You is challenging for the Number 1 spot on the Official Singles Chart this week, if it succeeds, it would be Mariah's third UK Number 1 single, and the first time the track would have topped the charts since its initial release in 1994, 26 years ago.