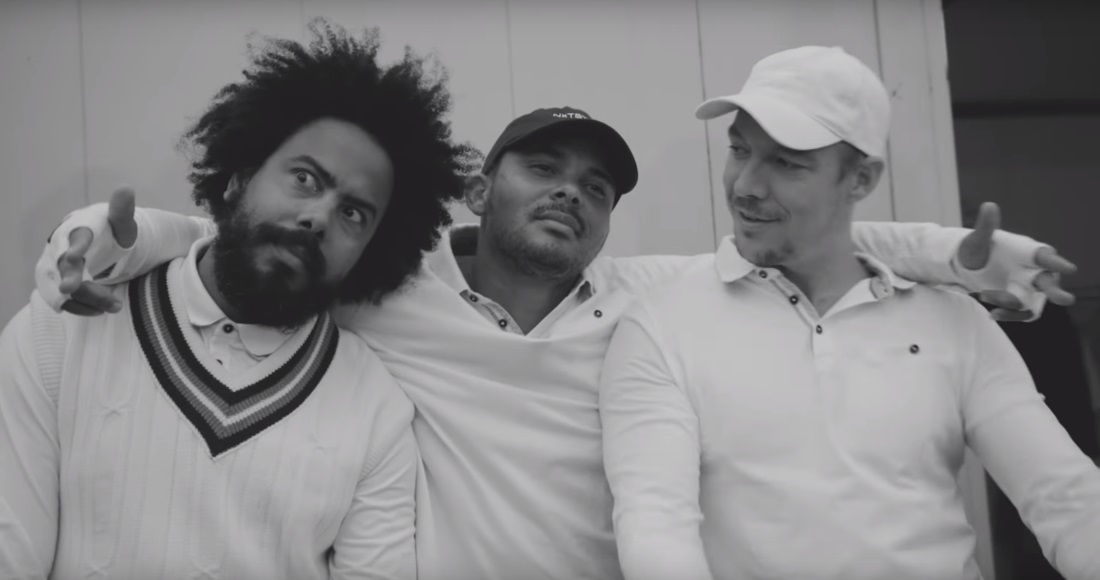 Major Lazer have unveiled the music video for their latest single Cold Water.

The visual for the song sees the trio having the time of their lives as they perform in front of thousands of fans and party backstage. Watch below:

Cold Water, which features Justin Bieber and Danish singer MO on vocals, spent five weeks at Number 1 on the Official Singles Chart across August - September. Look back at its week-by-week chart run here.

The song has also been a huge hit overseas, hitting Number 1 in 13 countries and so far reaching Number 2 in America.

Cold Water serves as the lead single from Major Lazer's fourth studio album, the follow up to 2015's Peace Is The Mission. Check out their full Official UK Chart history here.

Need more music news? Check out the best music pictures of the last few days below: