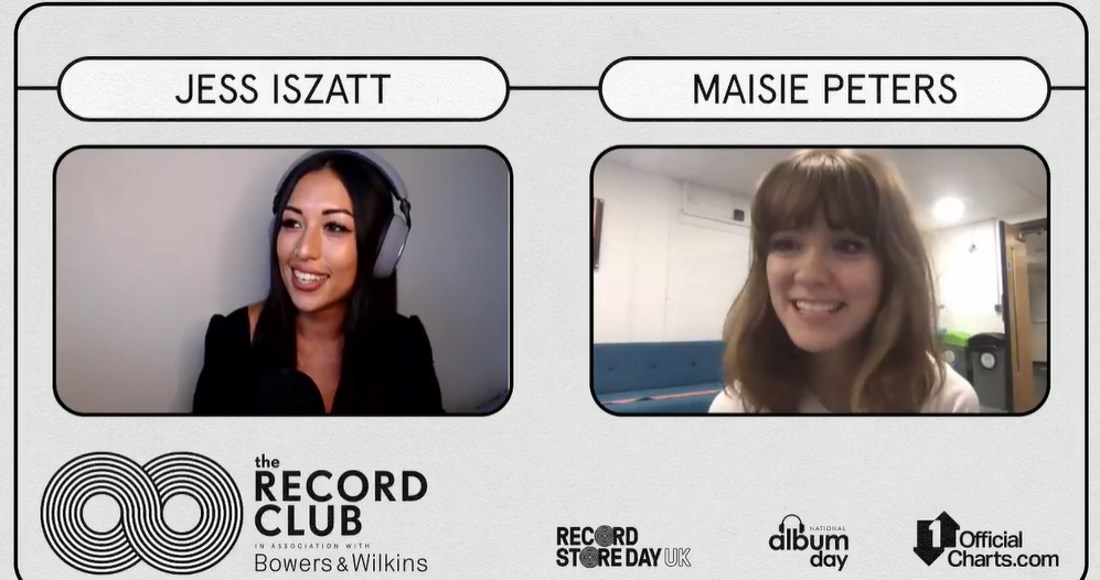 Maisie Peters has discussed her chart battle for this week's UK Number 1 album, which sees her going up against Kanye West.

The rising star's debut album You Signed Up For This is in the midst of a five-way chart battle for Number 1 on the UK's Official Albums Chart, going up against Kanye West, Halsey, Chvrches and Becky Hill.

Maisie stopped by Official Charts, Record Store Day and National Album Day's livestream The Record Club to discuss the making of the album, and her going toe-to-toe with Kanye.

Watch back The Record Club with Maisie Peters below.

"So there's a big fat chart battle going on this week which is hilarious and fun," Maisie told host Jess Iszatt. "The Top 3 currently is Chvrches, myself and Kanye - which I always knew how my life would end [up], in a fist fight with Kanye.

"Kanye dropped his album later on Sunday and it was a surprise. At first I was really sad because I was like 'Oh no, he's going to swoop in' but now I kinda think it's hilarious. Now I'll forever remember that my album was fighting was fighting Kanye's and that's really funny."

Also on the episode, Maisie discussed the journey of one You Signed Up For This' album tracks Boy, which nearly didn't make the cut and was nearly given to another artist entirely.

"Boy was a song I wrote with Ed [Sheeran] and Joe [Rubel] that we did a while ago and I wasn't sure if I wanted the song for me or if I was going to give it to some other people.

"I ended up keeping it but then still wasn't sure if I wanted it on the album, but then Afterhrs the producers finished it and really lifted it to a new place. I was very uncertain about putting [it] on the album but and I was worried it was bad for a while. It's funny listening to it now in the context of the whole album because it's so important for the record."

Catch up on previous episodes of The Record Club here