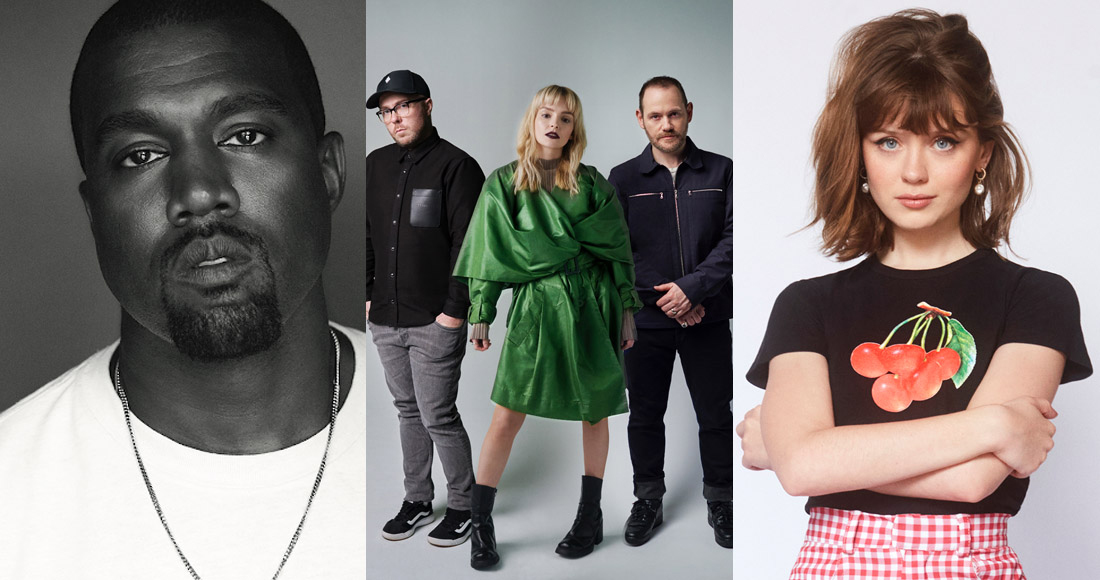 On today’s Official Albums Chart Update, Chvrches’ fourth studio album Screen Violence is leading the way, currently the biggest seller on physical formats. If it can hold on it will mark the Scottish band’s first Number 1, and fourth Top 10 album.

Maisie Peters is at Number 2 today with her debut studio album You Signed Up For This. Maisie will be chatting about the album and answering fan questions on our livestream series The Record Club this Wednesday from 6.30pm.

Meanwhile, Kanye West’s much-delayed tenth studio album Donda is at Number 3 after being released on Sunday. Not available physically, Donda is leading on both digital downloads and streaming, and if it can take over at the top spot it will mark Kanye’s third UK Number 1 album.

Halsey’s fourth studio album If I Can’t Have Love I Want Power is at Number 4 – her third top 10 album if it stays on track – and Becky Hill’s debut Only Honest On The Weekend rounds off the midweek Top 5 at Number 5.

Just 1,800 chart sales currently separate the Top 5, and with three more days until Friday’s Official Albums Chart reveal, it’s still all to play for in the battle for the top spot.

OneRepublic are eyeing up a Top 20 placement with fifth studio album Human (14) while The Kooks’ 2006 Number 2 debut album Inside In/Inside Out (19) could re-enter the chart thanks to a 15th anniversary reissue.

Other albums set to land in this week’s Top 40 include a remastered edition of Supergrass’ In It For The Money (21), New Order’s Be A Rebel Remixed (22), Headsoup by Swedish psych collective Goat (24), a re-entry from The Sisters Of Mercy’s BBC Sessions 1982-1984 (28) thanks to a new CD edition, and American indie duo Big Red Machine’s second studio album How Long Do You Think It’s Gonna Last? (30).

Finally, American hardcore punk band Turnstile’s third album Glow On could make its debut at Number 40 – their first UK chart hit if they can hold on.