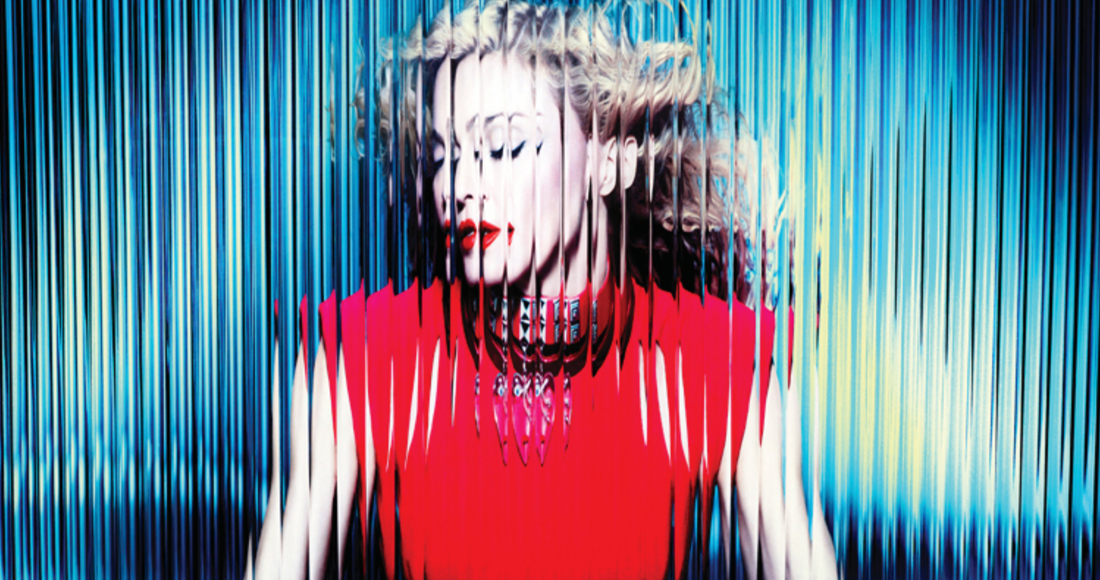 Madonna retains her title as Queen of Pop as new album MDNA soars straight into the Number 1 slot on the Official Albums Chart this week. MDNA gives Madonna her twelfth Number 1 album here in the UK meaning she also overtakes music legend Elvis as the solo artist with most Number 1 albums.

MDNA’s final tally lands the release a comfortable 34,000 copies ahead of David Guetta’s Nothing But The Beat (2).

With Madge fever gripping the pop world this week OfficialCharts.com decided to investigate which of Madonna’s singles the UK have been purchasing in the download era. To see the results click here.

Emelie Sande climbs up one place to Number 3 with Our Version Of Events. Adele’s 21 is also up one place, and Jessie J’s Who You Are climbs a massive 18 places from last week’s Number 23 to this week’s 5.

New tenor Noah Stewart scores this week’s second highest new entry with his debut album, Noah, entering the Official Albums Chart at Number 14.  Signficantly, Noah who hails from Harlem, New York, also debuts at Number 1 on the Official Classical Albums Chart today, the first black artist to have topped the classical chart since its introduction in the late 1980s. With his sportsman-like good looks and sharp dress sense, Noah Stewart appears every bit the pop star. However, while you could easily mistake him for the lead singer of a boyband or a soulful, R&B crooner, he is, in fact, a classically trained opera star.

Official Charts Company managing director Martin Talbot says, “This is a truly groundbreaking achievement for Noah Stewart.  Most people naturally look to the Singles and Albums charts for the emergence of new talent, but Noah is sure to become a familiar name for years to come following this landmark breakthrough.”

Watch a video interview with Noah below:

Florida rockers Shinedown get their first Top 40 hit on the Official Albums Chart with their fourth album, Amaryllis. The follow-up to 2008’s The Sound Of Madness is new in at Number 18. Legendary British heavy metal band Iron Maiden are one place behind them with their new live album, En Vivo. Named after the Spanish word for ‘live’, En Vivo was recorded last April during the band’s world tour for their 2010 Number 1 album, The Final Frontier, at the Estadio Nacional stadium in Santiago, Chile, in front of a capacity crowd of over 50,000 people. In related news, the DVD and Blu-ray versions of En Vivo have gone straight into the Official Music Video Chart at Number 1 today, viewable here

Alter Bridge debut at Number 31 on this week’s Official Albums Chart with their latest live album, Live At Wembley, while The All-American Rejects score their first ever Official Albums Chart Top 40 entry today with Kids In The Street. The Oklahoma pop-punks round off this week’s flurry of new entries with Kids In The Street debuting at Number 34.