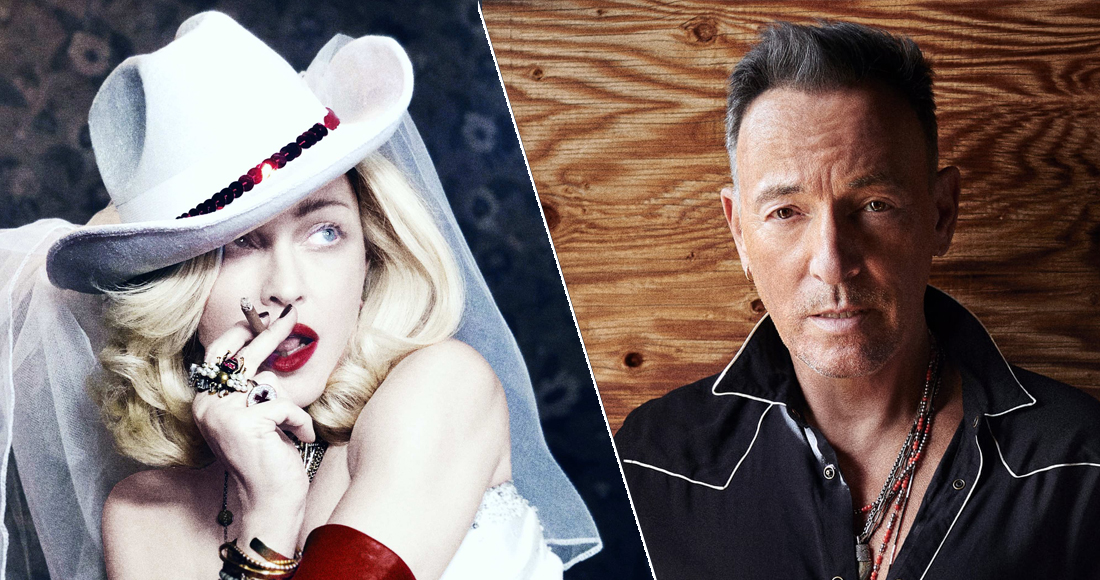 It's a battle between The Boss and The Queen of Pop on this week's Official Albums Chart as new records by Madonna and Bruce Springsteen go head to head for the Number 1 spot.

Meanwhile, Madonna is eyeing her 13th Number 1 album - she currently holds the record for the most chart-topping records by a female artist, with 12. If Madame X ousts Western Stars by Friday's Official Chart, Madonna will join Elvis Presley as the solo artists with most Number 1s on the Official UK Albums Chart.

British band Bastille are looking good for a Top 10 debut with their third album Doom Days at Number 3, and after four weeks at Number 1, Lewis Capaldi's Divinely Uninspired To A Hellish extent looks set to be dethroned from the top, currently at Number 4.

Elsewhere, Joy Division are on course to land inside the Top 10 - currently at Number 5 - with a 40th anniversary reissue of their debut album Unknown Pleasures. The British post-punk band's critically acclaimed record failed to chart upon its original release and later peaked at Number 71 in August 1980 after the death of lead singer Ian Curtis.

Further down, a re-release of two orchestral albums by Roy Orbison, A Love So Beautiful/Unchained Melodies, is at 12, and Jack Savoretti's latest set Singing to Strangers rebounds 32 places to 14 following a weekend of TV appearances and live shows, including Soccer Aid 2019.

Queen's 1980 Greatest Hits album is also set for a Top 40 return at 16 after a limited release on red vinyl this week, and a reissue of their 1984 album The Works on clear vinyl is at 31.

US singer-songwriter Bill Callahan is set to claim his first UK Top 40 album with Shepherd In A Sheepskin Vest at 22, Scottish band LaFontaines open at 23 with their third album Junior, and Kate Tempest is on course to land her second Top 40 collection with The Book of Traps and Lessons at 28.