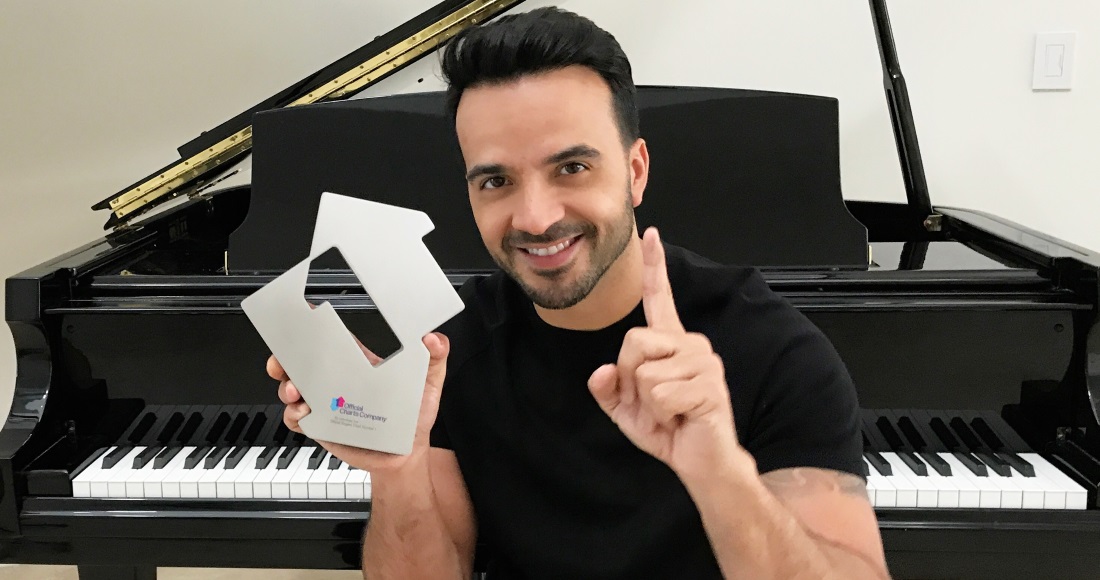 Despite some strong competition from Liam Payne, Luis Fonsi & Daddy Yankee’s Despacito remix ft. Justin Bieber has held on to claim a third week at Number 1 on the Official Singles Chart.

The track notched up 114,000 combined sales to keep its place at the summit – its highest one-week tally to date, split between 51,000 downloads and 9.4 million streams.

Despacito is the first Number 1 single by a Puerto Rican singer in the UK since Ricky Martin’s 1999 smash Livin’ La Vida Loca. Both have now logged three weeks at the top.

Meanwhile, DJ Khaled’s I’m The One ft. Justin Bieber, Quavo, Chance The Rapper and Lil Wayne holds at 2 for a third week, and former One Direction star Liam Payne enters at Number 3 with his debut single Strip That Down ft. Quavo.

Liam’s entry makes it a clean sweep of Top 10s for each of One Direction's solo debuts, following Zayn's Pillowtalk (1), Niall Horan's This Town (9), Louis Tomlinson's Just Hold On (2) and Harry Styles' Sign Of The Times (1).