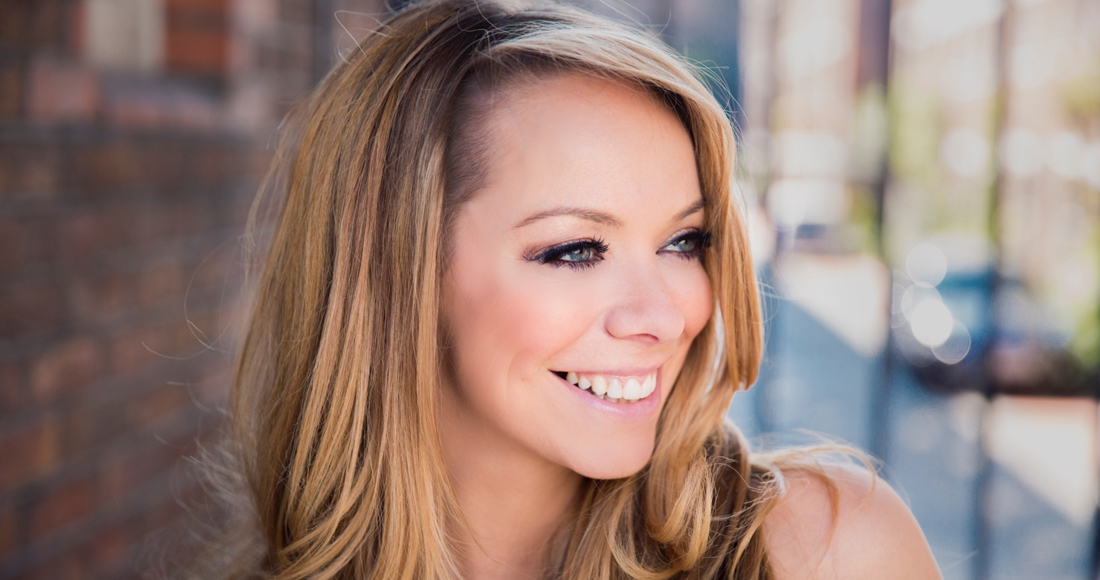 One is Una Healy from The Saturdays, who released her folk-pop debut last year, and the other is  Atomic Kitten's Liz McClarnon, who after stepping away from music in recent years is soft-launching as a country singer - something that had been her childhood dream before finding herself in a chart-topping girl group. We phoned her up earlier this week to find out more about her surprise career shift...

So Liz, you’ve gone country! When did this happen?

“About a year ago… well, actually since I was about six I have said, ‘I’m going to be a country singer!’ That didn’t happen and I became a pop singer instead, but I’ve always loved it and it was always the way I learnt harmonies as a kid. I just loved country music. The Eagles was my first ever introduction to it and the love grew from there.

Performing at Country 2 Country festival is a pretty big gig as far as launch pads go, isn't it?

“I’ve always been to C2C and loved it. This time last year I’d taken a big step away from music - I’d written with people a few times but mostly worked in TV instead and just thought, oh, I’m not going to do [music] anymore. When I started going to C2C, I thought, I just love this – it’s the only thing that makes me super-duper happy. And now, a year later, I get to play it and I’m so excited.”

We sincerely hope you’ll be countrifying at least one Atomic Kitten song in your set...

“Funnily enough in a couple of my gigs – I’ve only done three so far - we have been performing The Tide Is High and it sounds awesome as a country song. That’s our little nod to the Kittens. I’m not going to do it at C2C because if there’s any place you can play original music, it’s there. They indulge you and will stand there and listen, so it will be all original songs except a cover of The Eagles’ Lion Eyes. It’s a nod to my mum because she used to teach me harmonies to it in the car.”

A country rendition of Kitten classic It’s OK would be great at some point.

Country music is having a moment in the UK, but people may not immediately think of you as a natural country singer. How have you found the reaction to it?

“It’s weird because some people are just oblivious to [country music]. I’ve put a few posts up about my country gigs and some people are like, 'why would you ever do country music – pop music is everything!' What they don’t know is pop is influenced by every other genre. I’ve always been the person taking my friends to a bar in the furthest corner of east London to go and see a country artist sing and they’re like, ‘uh, no’. These days, they’re getting into it a bit more. Things are definitely changing in the UK.”

Are there plans to release an album?

“I’m working on an EP. It’s not ready yet, but there will be a few songs coming. I’m writing the songs with friends, the people that I’ve met through the industry. I’ve been writing with a band called Holloway Road who are super cool, I’m writing with a very good friend called Jess Sharman who writes for Ward Thomas a lot, and another called Tim Prottey-Jones from The Wandering Hearts. He’s producing a lot of my stuff as well because he’s brilliant and can play everything.”

Story-telling is at the heart of country music. After 20 years in the entertainment world you must have a fair few to tell?

“What I’m really so grateful for is that people indulge me in my storytelling. Some of the songs can be quite dark. They are storytelling, and some are about myself, but others are about my friends and what they’ve been through. There’s one about a friend that sounds dark, but lots of people seem to be connecting with it. It’s called No More and it’s about a friend of mine who was physically abused by her fiancé. It’s quite dark, but after she told me everything about it, I said to her, do you mind if I put this into a song? I expected her to say no, but after she heard it, she said I had to let people hear it. Then there’s happy stuff like songs about trying to cheer up your partner and about going to Tennessee, which I do a lot!

“I also have a song called Go Do You. It came from somebody who means nothing to me but keeps commenting really negatively on everything I do. I was looking at my phone one day and I was just like, ‘Argh just go away, go and do your own life, go do you!’. It’s basically, stop being a bitch and go live your own life.”

You don’t want it to clash with the 20th anniversary of Atomic Kitten next year, right? Tell us you’ll be doing something to mark the occasion?

“Do you know what, you never know. I’m going to say the same to you as when people ask me if I’d ever get plastic surgery – never say never! There’s no Kitten stuff going on at the moment, there’s no plans with anybody, but life’s too short to say I’ll never do that. All I want is to be happy and have a good time.”

There have been are various incarnations of Atomic Kitten performing around the world; how do you feel about that?

“I’ve been doing my own stuff, but it is what it is. They’re spreading the AK love. People want to hear the music, and if they want to go and watch that then awesome. I’m not precious – I just want to be happy, and I didn’t want to do that tour because it wouldn’t make me happy. I’m still in touch with everybody though and we’re all happy. Everything is good!”

Liz McClarnon is performing at this year's Country 2 Country at London's O2 Arena on March 9 and 10.