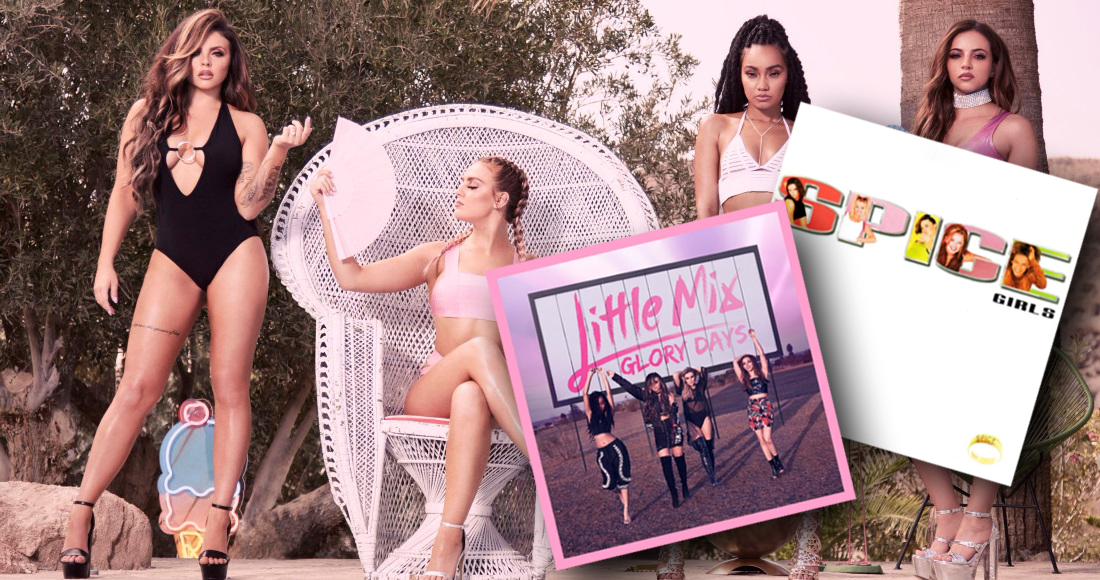 Little Mix's Glory Days now only trails Spice Girls’ debut phenomenon for most number of weeks at Number 1 on the Official Albums Chart by a girl band.

Jade, Jesy, Leigh-Anne and Perrie's latest studio album spends a fifth week at the chart summit, surpassing any other album released by a female group this millennium, or indeed the past 20 years.

While there’s still a way to go yet, Glory Days is now the longest reigning Number 1 by all-female act since the Spice Girls’ record-setting debut, Spice, which spent a whopping 15 weeks at the summit upon its release in 1996.

You Me At Six who lead the albums charge at the midweek stage couldn’t quite sustain their early momentum, their fifth studio effort Night People lands at Number 3.

George Michael's Twenty Five vaults 26 levels to this week's Number 19, Ed Sheeran's + springs from Number 98 to Number 20 to be crowned the highest climber of the last seven days, and Sundara Karma's debut Youth Is Only Ever Fun In Retrospect bows at 24.

Finally, one year on from his tragic passing, David Bowie's final studio album Blackstar re-emerges into the Official Albums Chart Top 40, soaring from 76 to Number 30.