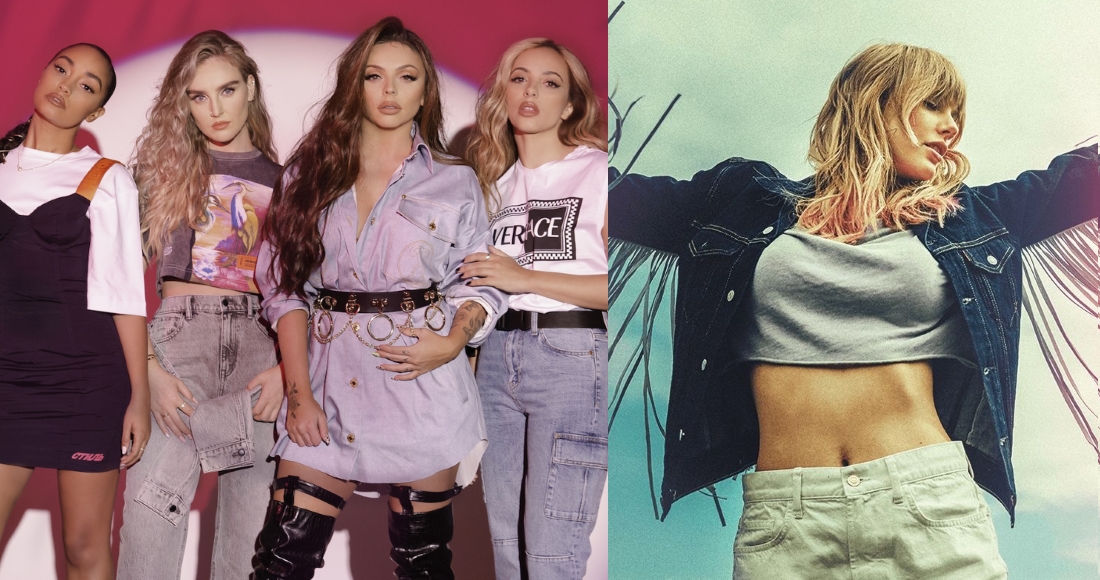 Little Mix and Taylor Swift are neck-and-neck for this week’s highest new entry on the Official Singles Chart, while Ed Sheeran and Justin Bieber speed towards a sixth week at Number 1.

Bounce Back, a brand-new track by the quartet, currently sits at Number 2 ahead of Taylor’s You Need To Calm Down at 3 by a margin of just four combined sales.

Meanwhile, Ed Sheeran and Justin Bieber are set to extend their lead at Number 1 with I Don’t Care, currently out in front by 6,400 combined sales.

Drake is on course to debut in the Top 40 with new track Omerta at 37, while Joy by Bastille could enter the Top 40 for the first time following the release of their new album Doom Days, currently up 29 places to 38.

Finally, Gucci Demon by Hackney rapper B Young could land in this Friday’s Top 40, so far up nine spots to Number 40.