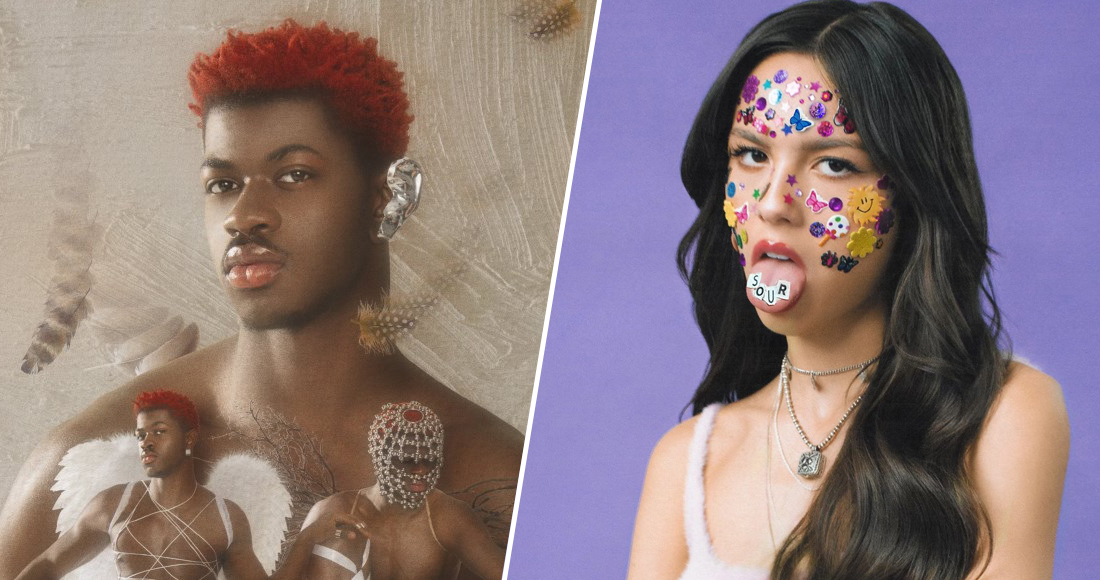 Lil Nas X is on course to rule the Official Singles Chart for a fourth week with Montero (Call Me By Your Name).

The US artist’s second UK Number 1 single is 2,500 chart sales ahead on today’s Official Chart: First Look and is the most streamed song of the week so far.

The Official Chart: First Look, which airs on BBC Radio 1 every Sunday between 6pm – 7pm, offers a first glance of the Top 20 ahead of Friday’s Official Singles Chart Top 100. The chart is based on preliminary sales and early streaming reports.

On course for a tenth week inside the Top 10 is Friday by Riton x Nightcrawlers ft. Mufasa & Hypeman, up to Number 2 after the first 48 hours of the chart week. Friday, which has peaked at Number 4 so far, is the most downloaded song of the weekend.

Tom Grennan’s star continues to rise as his solo track Little Bit of Love is up two places to Number 6, while Ella Henderson collaboration Let’s Go Home Together may crack the Top 10 for the first time at Number 9.

On track to become this week’s highest climber is Olivia Rodrigo with Deja Vu. The second single from the US rising star’s debut album Sour released May 21 is up 14 places midweek to Number 12.

More songs looking to reach new positions this week include Masked Wolf’s Astronaut in the Ocean (11), Good Without by Mimi Webb (14), Ava Max’s My Head & My Heart (15), and Leave The Door Open by Silk Sonic (17).