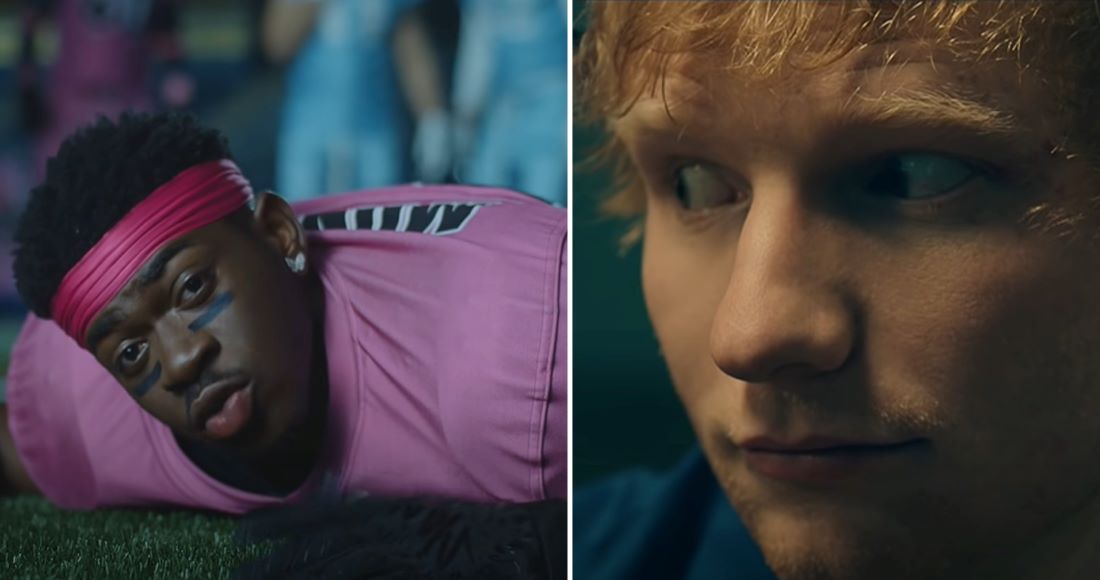 Lil Nas X leads the new entries on tonight's Official Chart First Look with That’s What I Want (10) from his new album Montero.

That's What I Want is the highest new entry of the week so far and one of three Lil Nas X tracks heading for the UK Official Chart Top 40. The US singer and rapper’s collaboration with Jack Harlow, Industry Baby, climbs five places midweek to Number 4, while further down Scoop ft. Doja Cat starts out at Number 34.

Also heading for a new best this week is Joel Corry x Jax Jones ft. Charli XCX and Saweetie, their dance floor anthem Out Out could break the Top 5 for the first time, up two places midweek to Number 5.