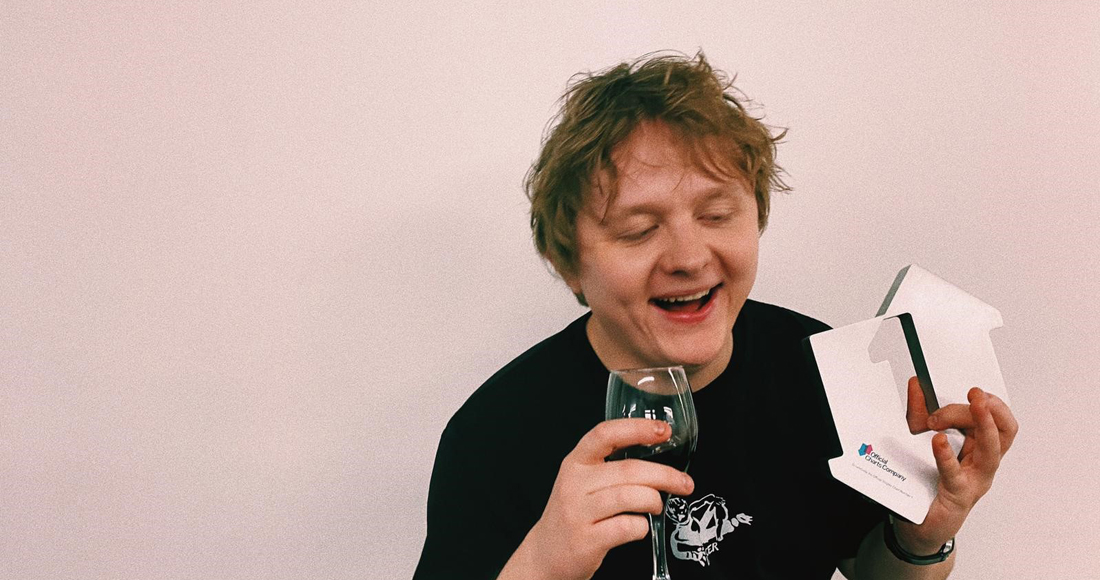 Congratulations to Lewis Capaldi, who lands his second Official Singles Chart Number 1 with Before You Go.

The Scottish singer-songwriter is just back from the Grammys, where first chart-topper Someone You Loved was nominated for Song of the Year, and now Before You Go leaps back up the chart four places to secure the top spot, with almost 66,000 combined sales – 13,000 of which came from physical copies of the single. View Lewis Capaldi's full Official UK Chart history.

In a hilarious exclusive video for OfficialCharts.com, Lewis imagines the speech he might have had to give if he hadn't actually made it to Number 1, but he starts off with the good news: "It’s so nice to get another one in the bag, second Number 1 for my song Before You Go and it means the world so thank you so much if you went and bought it," he says.

"Obviously becoming Number 1 is absolutely everything to me and I would be disgusted if I had the Number 2 spot, it would be gross, so yeah I’m so glad I’m not that guy, and if I did I don’t know what I would do, I would probably go home, cry into my hands and just have an awful, awful time, so thank you so much."

Despite leading the chart at various points during the week, The Weeknd's Blinding Lights settles for runner-up position, climbing two slots to Number 2, and following her huge haul at the Grammys, Billie Eilish returns to the Top 10 with Everything I Wanted, rising three to Number 8.

J Hus scores three new entries in this week's Top 40 after the release of his chart-topping album Big Conspiracy: first up – and this week's highest new entry – is Play Play featuring Burna Boy at 11; the album's title track, featuring iceè tgm, who may or may not be his sister, is new at 19; and Repeat, featuring Koffee, is in at 21.

Following an online campaign championed by opponents to Britain's departure from the European Union, Andre Rieu's version of Beethoven's Ode To Joy, with the Johann Strauss Orchestra, is a new entry at 30 and was the most downloaded song this week. A similar campaign was launched for a pro-Brexit song, Dominic Frisby's 17 Million F**k Offs, but this track missed the Top 40, stalling at 43.