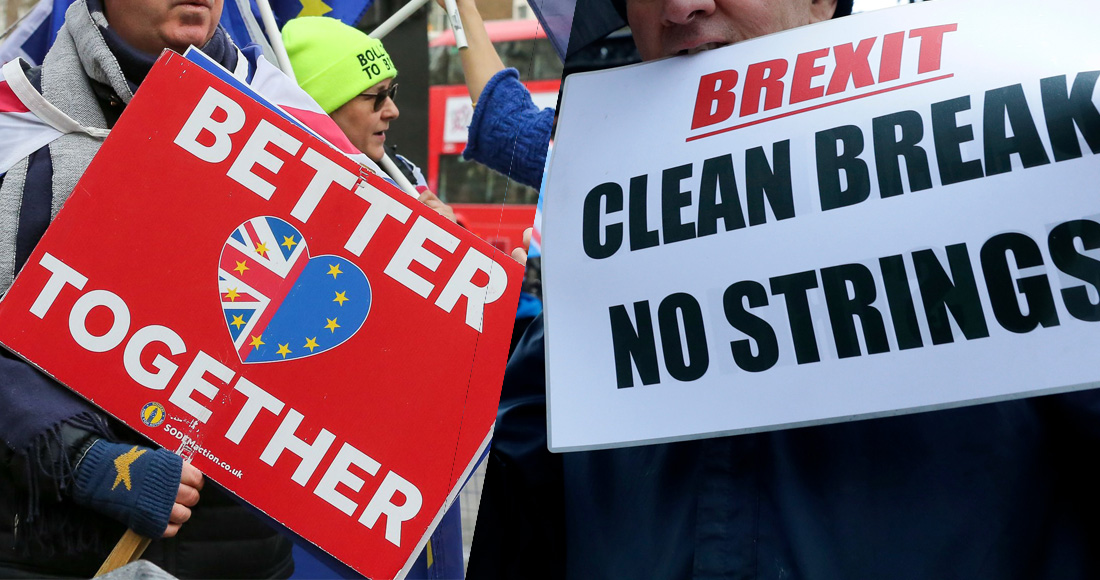 An unlikely Brexit battle has emerged just hours before the UK exits the European Union.

Two politically-charged songs are battling it out for a place in this week's Official Singles Chart Top 40, which is announced on Friday January 31 - the same day as Brexit.

Remainers are leading the tussle after getting behind a rendition of Europe anthem Ode To Joy by Andre Rieu, which has been climbing the Official Chart all week and is currently at Number 27, according to today's sales flash of sales and streams compiled by the Official Charts Company (Jan 30).

Meanwhile, a pro-Leave song by comedian Dominic Frisby, titled 17 Million F**k Offs - A Brexit Song, is sitting at Number 40. The track was originally released a year ago on his album Libertairan Love Songs. He plans to donate any profits to charity.

Compiled by the Official Charts Company on behalf of the UK music industry and broadcast exclusively on BBC Radio 1, the Official Chart is the only official comprehensive countdown of the UK's most popular tracks across a seven-day period, comprising physical sales, digital downloads, audio streams and video streams. The cut-off for sales and streams to count toward this week's Official Chart is midnight tonight (Thursday 30 January).

Final chart placings in the Official Singles Chart Top 100 will be announced on Friday, January 31 at 5.45pm here on OfficialCharts.com. Listen to the Top 40 countdown live on BBC Radio 1's Official Chart with Scott Mills from 4pm tomorrow.