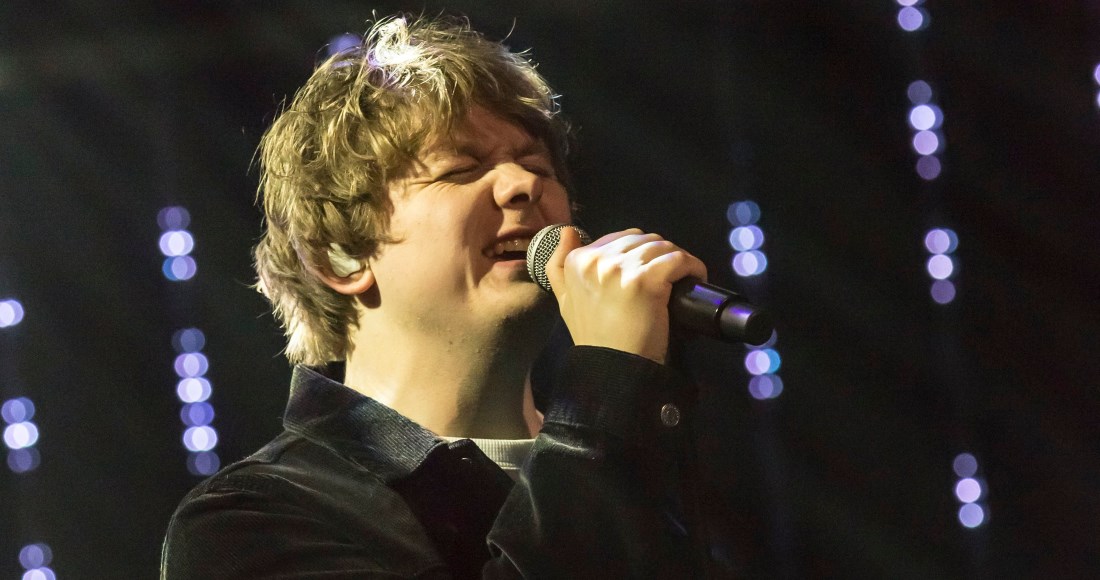 Lewis Capaldi has celebrated reaching Number 1 on America's Billboard Hot 100 chart with Someone You Loved in typically Lewis Capaldi style.

The Scottish singer-songwriter painted his face with the American flag, cracked open a bottle of champagne and posed in a t-shirt that branded him "America's sweetheart" in a series of pictures posted on his social media.

SOMEONE YOU LOVED IS THE NUMBER ONE SONG IN THE USA. America’s Sweetheart ❤️🇺🇸x

"I feel like America's sweetheart, at least for a moment," Lewis told Billboard. "I feel like I'm the sweetest heart in all of the U.S. of A.

Lewis ended Lizzo's seven-week reign at the US top spot with Truth Hurts after Someone You Loved logged 25.2 million streams and 24,000 downloads. Lewis is the first Scottish artist to score a solo Number 1 in America in 38 years.

In the UK, the track spent seven weeks at the summit of the Official Singles Chart in March/April. When Lewis's debut album landed at Number 1 in May, he celebrated with us in, ummm, style!

The album, called Divinely Uninspired To A Hellish extent, is currently the UK's biggest album released in this year.