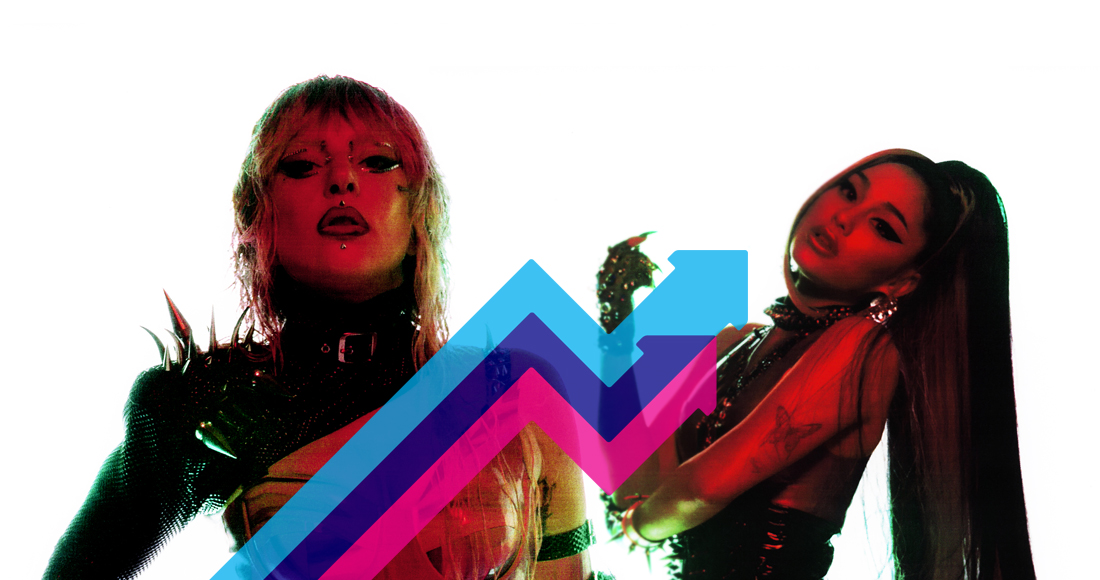 Lady Gaga and Ariana Grande's new collaboration Rain On Me takes the top spot as the UK's Official Number 1 trending song this week.

The highly anticipated duet, which was released last Friday (May 22), is off to a flying start on the Official Chart, currently on course to debut at Number 1.

Between Friday-Sunday (May 22-24), The Rain On Me was streamed 4.14 million times in the UK. That figure includes streams of the song's big budget music video, which was unveiled on the day of release.

If it holds on to the top spot for this Friday's Official Singles Chart reveal (May 29), Rain On Me will each earn Gaga and Ariana their sixth UK Number 1. Gaga last topped the chart in November 2018, while Ariana's last Number 1 was in February 2019.

Meanwhile, KSI is also making waves this week following the release of his debut album Dissimulation. Tracks Cap ft. Offset and Killa Killa ft. Aiyana-Lee are proving the most popular so far on the collection, which is battling The 1975's Notes On A Conditional Form for this week's Number 1 album. Watch our interview with KSI about the record here.

Speaking of The 1975, the band also have two entries in the latest trending Top 20; recent single If You're Too Shy (Let Me Know) and early fan favourite album track Tonight (I Wish I Was Your Boy).

Elsewhere, The Weeknd's In Your Eyes is making waves this week following its new remix with Doja Cat, and Agust D, better known as Suga from BTS, is seeing his track Daewita spike following the release of his second mixtape under the moniker D-2.