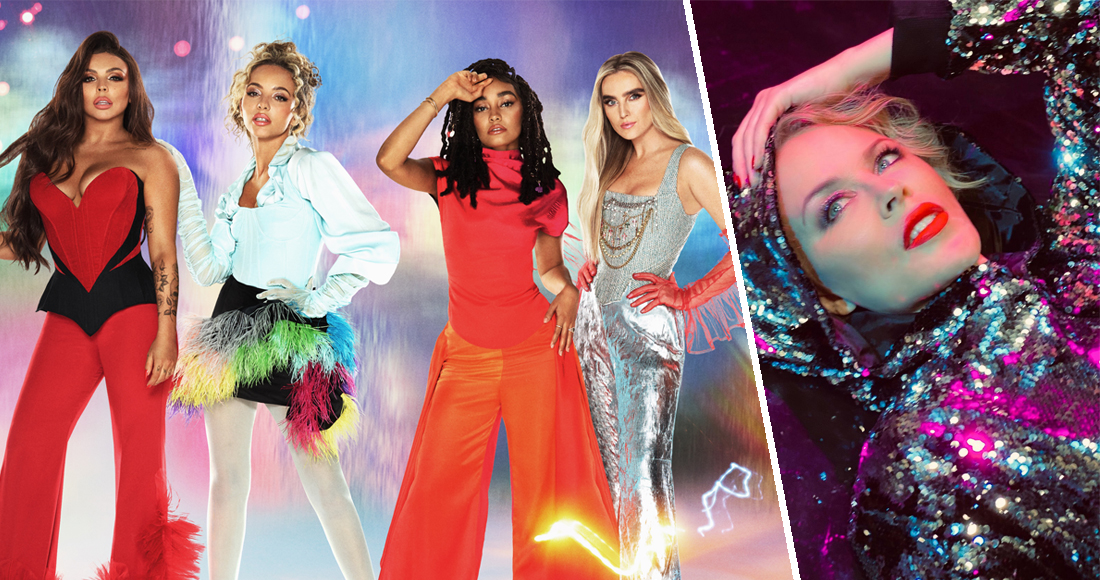 The battle for this week's Number 1 album between Kylie Minogue and Little Mix looks like it'll go right down to the wire, with just a small margin of sales still separating the two.

DISCO is leading the way on vinyl and downloads, while Confetti has the advantage on CD sales and is outperforming DISCO by more than 3:1 on streaming platforms. With more streaming data expected to arrive late in the week propelling Little Mix forward, it's still all the play for.

Both acts are pulling out all the stops in pursuit of the top spot, with each releasing various limited edition copies of their albums on vinyl, cassette and signed CD.

Should Kylie hold onto the top spot, DISCO will mark her eighth UK Number 1 album, and her third in as many years following Golden (2018) and Step Back in Time (2019). Look back at Kylie Minogue’s full UK chart history.

If Little Mix were to push ahead of Kylie, they would claim their second Official UK Number 1 album, and first for four years, since 2016’s Glory Days. All five of Little Mix’s previous albums have gone Top 5 in the UK.

The cut-off point for sales and streams to count toward this week’s chart is 23.59pm Thursday. Final placings are revealed on Friday (Nov. 13) with the Top 5 albums announced on BBC Radio 1’s Official Chart with Scott Mills from 4pm.

The full Official Albums Chart Top 100 will be published exclusively on OfficialCharts.com at 5.45pm.