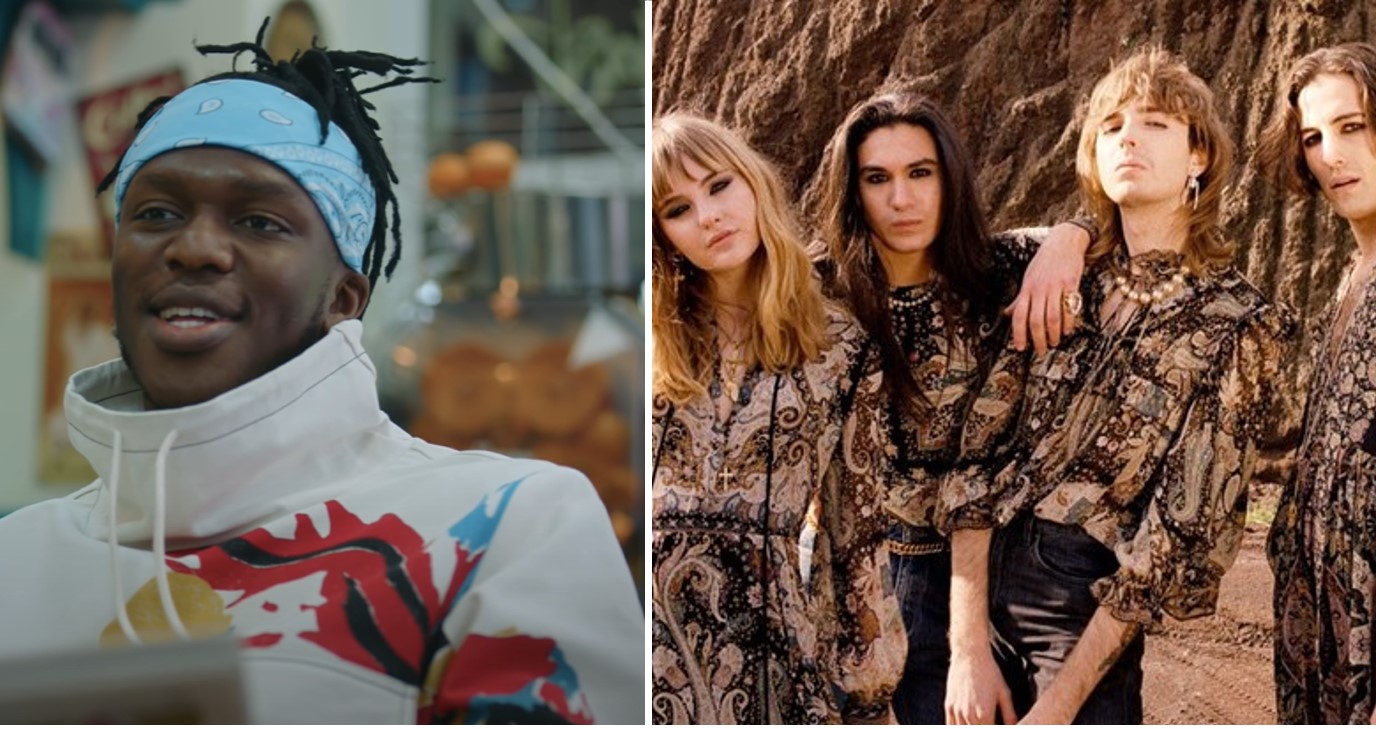 The UK may be mostly grey and miserable right now, but KSI is getting into the summer mood - his new post-pandemic single Holiday lands straight in as highest new entry of the week so far at Number 2 on tonight’s Official Chart First Look.

Co-written with Jake Gosling and Digital Farm Animals, Holiday marks the rapper’s first collaborator-free single and comes ahead of KSI's new album All Over The Place which arrives July 16 via BMG/RBC Records.

Olivia Rodrigo looks set to hold for a fifth week at Number 1 with Good 4 U, one of three tracks from the Californian singer/songwriter riding high at the midweek stage as Traitor rests just outside the Top 10 at Number 11, followed by Favourite Crime (22).

In a startling run of post-contest form, Eurovision winners Måneskin could secure a third UK Top 20 hit this week with Beggin’.

It was only on Friday that the Italian rockers who won last month’s song contest became the first Eurovision winners since Celine Dion (1988) to hit the Top 10 of the Official Singles Chart with a song that wasn’t their winning song as I Wanna Be Your Slave landed at Number 7.

While that track nudges one place higher since the weekend (6), the band’s cover of Frankie Valli & The Four Seasons’ Beggin’, is now shooting up the Official Chart too, rising 56 places to Number 17 on tonight’s First Look. If its momentum continues, Måneskin will successfully secure their third UK Top 20 hit in less than a month. Their winning song Zitti E Buoni also reached the Top 20 (17) following the Rotterdam-hosted ceremony last month.

See all of Maneskin’s UK chart hits to date.

MORE: Are we witnessing rock music's return to the Official Singles Chart?

Elsewhere, as the Euros 2021 are in full flight, England football anthem Three Lions ascends 15 places. Originally released in 1996, the song by Baddiel, Skinner & Lightning Seeds broke all-time chart records in 2018 when it returned to Number 1 after 22 years and became the first song ever to enjoy four separate stints in the top spot with the same artist line-up.

And finally, jumps forward are on the cards for DJ Majestic & Boney M – the DJ’s rework of Rasputin is up 4 places midweek to Number 12, while Anne-Marie & Niall Horan’s Our Song is up 5 to 13.