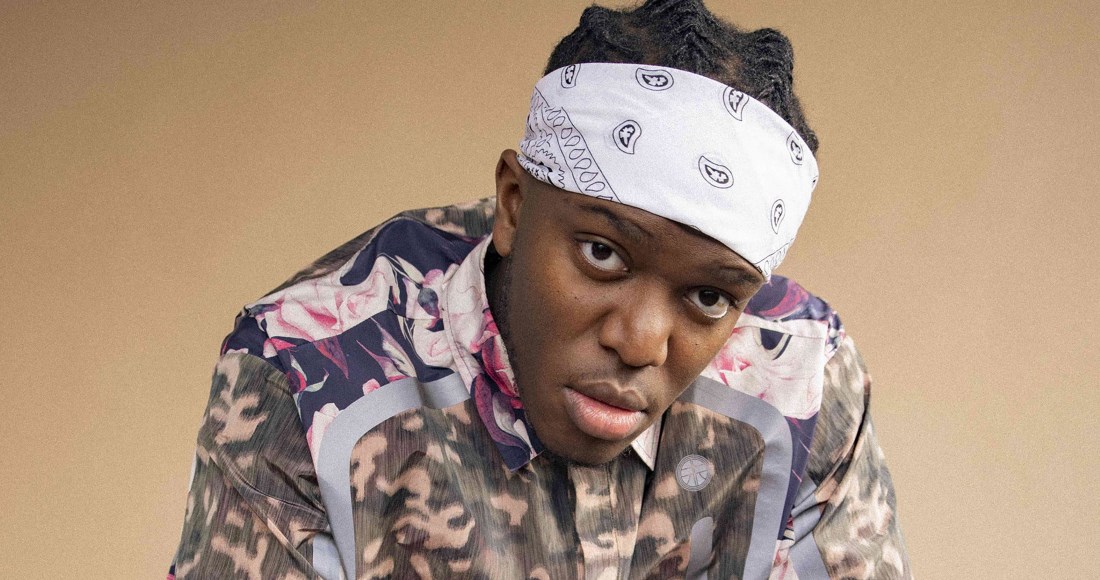 KSI is soaring straight towards this week’s Number 1 on the Official Albums Chart with his second studio album All Over The Place.

The rapper, singer and online entertainer is outselling the rest of the Top 5 combined with the collection, racing ahead on all formats both physical and digital.

All Over The Place is the follow-up to 2020’s Dissimulation which peaked at Number 2 after a close contest with The 1975, in which KSI promised his fans he would shave his head if he reached Number 1. See KSI's full Official Chart History here.

KSI will join livestream interview series The Record Club with Bowers & Wilkins this Wednesday (21 July) from 6.30pm to discuss the album and answer fans’ questions.

Meanwhile, John Mayer is on course for his third Top 10 album with Sob Rock at Number 3, his eighth studio album. Late US rapper Pop Smoke’s second posthumous record Faith is also eyeing up a Top 10 debut, at Number 4 midweek.

Foo Fighters’ Record Store Day Drop 2 release Hail Satin - as their disco alter-ego Dee Gees - could debut in the Top 10 after landing at Number 7 midweek. If it holds on it will mark Foo Fighters’ 12th Top 10 album and 14th Top 40.

Further down, Tina Turner’s chart-topping album Foreign Affair (13) could return to the chart thanks to a deluxe reissue, Lincolnshire singer-songwriter Stephen Fretwell could land in the Top 20 with Busy Guy (14) after a 14-year hiatus, and Gary Kemp is also eyeing up the Top 20 with his second solo album Insolo (15).

More titles from Saturday’s RSD Drop could potentially enjoy a placing in the Top 40, including Black Sabbath’s third studio album Master Of Reality (21), The Sisters of Mercy’s BBC Sessions 1982-1984 (27), Hot Rocks by The Rolling Stones (31) and The Cure’s Wild Mood Swings (39).

Finally, Swedish prog metal band Opeth are at Number 35 midweek with 2001 studio album Blackwater Park, following a 20th anniversary re-release – if it holds on it will mark the first time the album has charted in the UK.