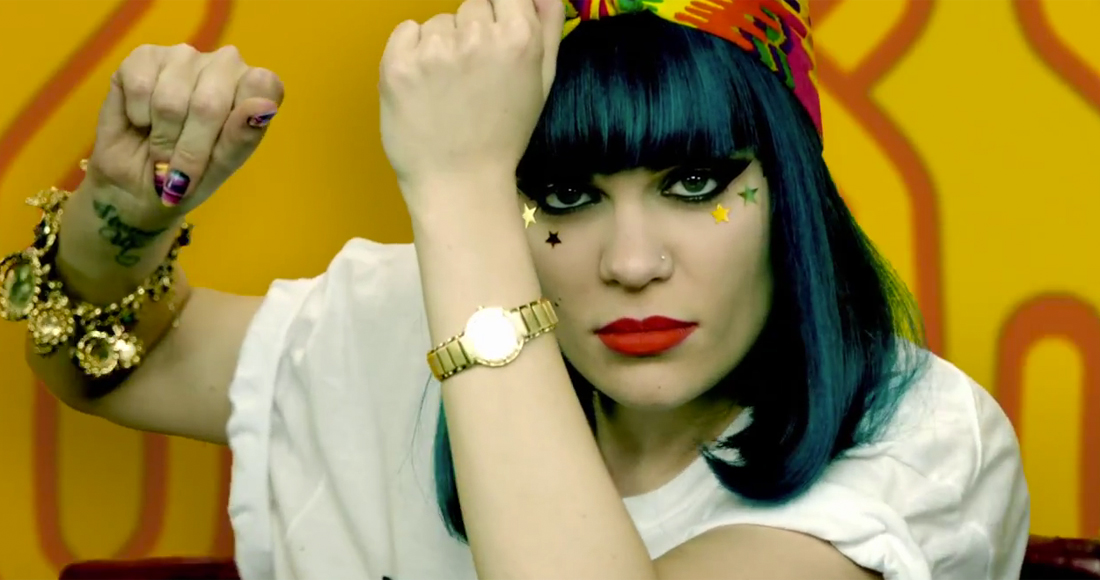 In a tight battle on the Official Singles Chart Update this week, it is Jessie J who nudges into the lead ahead of last week’s chart topper Flo Rida.

'Domino', taken from Jessie J's double platinum debut album 'Who You Are (Platinum Edition)', was co-written and co-produced by Dr Luke who also worked with Jessie on Number 1 single 'Price Tag'. 'Price Tag' spent two weeks at the top spot and went on to become the fourth biggest selling single of 2011, as revealed last week by the Official Charts Company.

With just over 1,000 copies separating Jessie from Flo Rida’s 'Good Feeling' (2), the race is well and truly on for the prize on Sunday’s Official Singles Chart.

The only new entry inside today’s Official Singles Chart Update Top 20 is Birdy’s 'Skinny Love', as performed to by Hollyoaks actress Jorgie Porter on last weekend’s Dancing On Ice. The song was originally written by Bon Iver, Birdy’s cover, released in March 2011, peaked at Number 17. The song today bounces all the way back in at Number 15.

Michael Kiwanuka, winner of the BBC’s Sound of 2012 poll and third place in The Brits with MasterCard Critics Choice Award 2012, makes another climb today ten places to Number 27 with the title track from forthcoming debut Home Again.

This week's Official Singles Chart Update Top 10 is as follows: