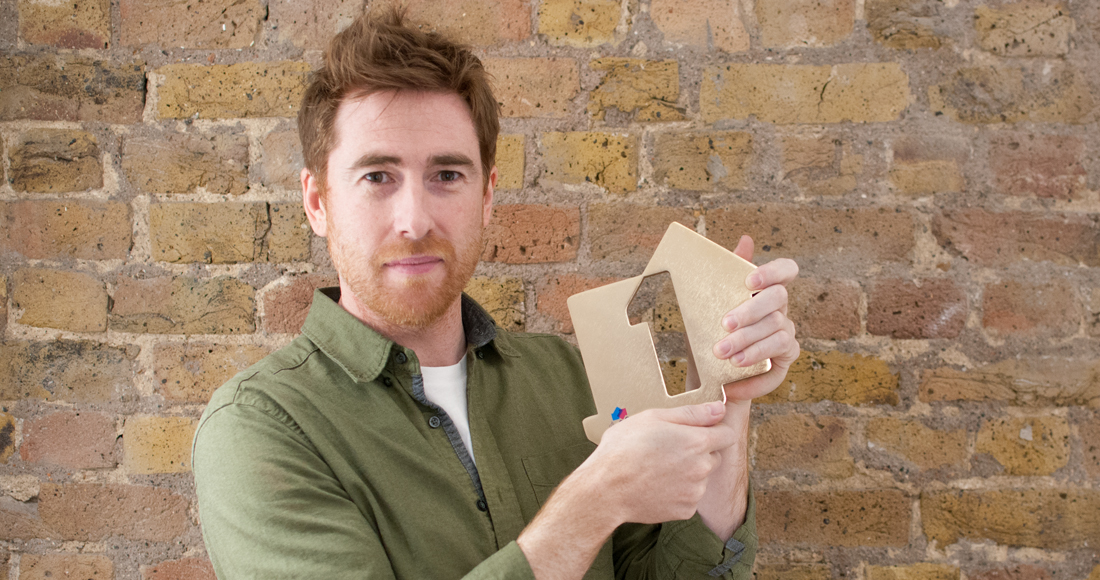 Talking to OfficialCharts.com: Jamie said: “It’s amazing. Thank you to the fans. I’m kind of new for most people so it’s amazing how people have taken to me in such a warm, kind, loving way. I’m very grateful, thank you very much.

“It was the dream just to sell enough records to make another one, so to have in straight in at Number 1 is just ridiculous. It’s mental. I’m really over the moon with it and very grateful, obviously, to Ed Sheeran for signing me and putting his faith in my songs and not having any doubt in them at all.”

And who might that rival be? Why, it’s the man who made it all possible for James! Ed Sheeran’s x spends its 70th consecutive week in the Top 10, holding fast at Number 2.

John Newman’s second album Revolve is brand new at Number 3, while Jess Glynne’s I Cry When I Laugh slips a place to Number 4.

Aside from our three new entries in the Top 5, the Official Albums Chart boasts 12 more new entries and a couple of albums popping back in to say hello, new at Number 6. Her previous high was 2013’s Demi, which hit Number 10.

Italian composer Ludovico Einaudi nabs the highest charting album of his career this week with Elements, new at Number 12, making him the first classical composer in over 20 years to have a top 15 album in the main chart. Good news for Scouting For Girls too: they debut at Number 13 with fourth album Still Thinking About You.

American acapella group Pentatonix’s new self-titled collection is a new entry at Number 18 and it’s a second Top 20 for Fightstar, led by former Busted star Charlie Simpson. Behind The Devil’s Back is new at Number 19.

The Kinks’ collection of classics Sunny Afternoon goes in at Number 21 this week, while US rapper The Game is new at Number 23 with The Documentary 2.5.

Former Westlife star Markus Feehily is new at Number 25 with his first solo release Fire, while Paul Simon’s Ultimate Collection (34) and Michael Jackson’s Number Ones (35) both make a return to the Top 40

Good news for US star Tori Kelly – she makes her Official Albums Chart debut at Number 36 with Unbreakable Smile.

Slaves’ Are You Satisfied zooms 163 places to re-enter the Top 40 at 38 following their Mercury Prize nomination, and Australian Christian group Hillsong Worship complete our new entries, landing at 39 with Open Heaven/River Wild.