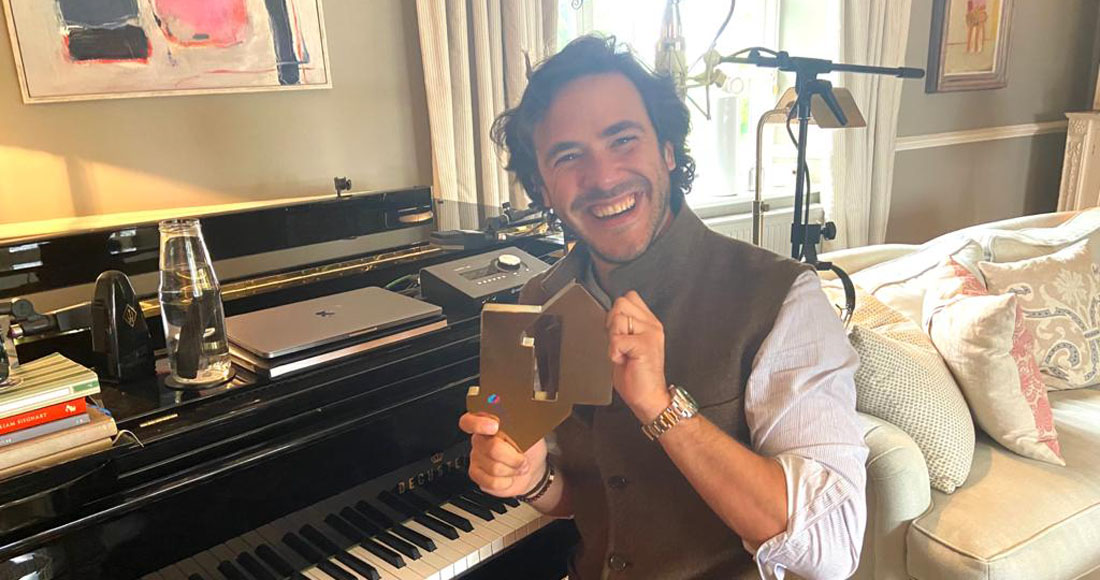 Jack Savoretti celebrates his second Number 1 on the Official Albums Chart with Europiana.

The singer-songwriter's seventh album, Europiana bows with a total of 21,000 chart sales, with 82% of that figure being physical purchases on CD and vinyl.

Speaking to OfficialCharts.com from the piano where he wrote the record, Jack Savoretti said: “Thank you so much. I wrote an album that I knew would give us some escapism, give us that holiday and the summer we deserved. You guys got us this, This is all you. I’m overwhelmed, I’m very touched and I’m genuinely very emotional.”

Meanwhile, Olivia Rodrigo's Sour drops to second place this week, but is still the most-streamed album in the country.

New in at Number 3 is US singer/rapper Doja Cat, who claims her highest-charting album to date with the chameleonic Planet Her, while Tyler, The Creator's Call Me If You Get Lost lands at Number 4. A surprise announcement last week, it becomes his third UK Top 10 album, equaling the peak of 2019's Igor.

Coming in at Number 8, alt-rock musician John Grant gains his second UK Top 10 record with Boy From Michigan – the UK’s best-selling album on vinyl this week.