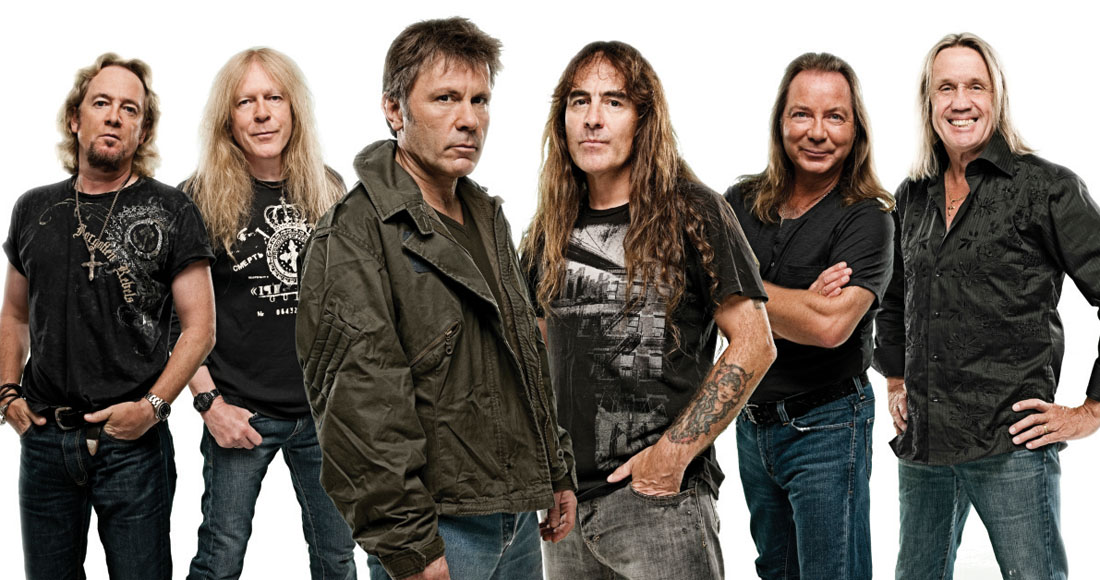 Iron Maiden are back at the top of the Official Albums Chart this week with their new album The Book Of Souls.

The veteran heavy metal rockers’ 16th studio album lands straight in at Number 1 with combined sales of just over 60,000. The band, led by Bruce Dickinson, last topped the charts in summer 2010 with The Final Frontier.

The Book Of Souls also tops this week’s Official Vinyl Albums Chart. The record gained attention after Tesco trialled sales of vinyl with the LP in their 55 biggest stores this week; though it proved equally as popular in independent record shops, also entering at Number 1 on this week’s Official Record Store Chart.

Where did all of Iron Maiden's previous singles and albums chart in the UK? Check out Iron Maiden's Official Chart artist hub, for all the facts and career stats in one place.

Meanwhile, Jess Glynne’s I Cry When I Laugh holds firm at Number 2 this week, while last week’s Number 1 from The Weeknd, The Beauty Behind The Madness, slips to 3.

Sam Smith’s In The Lonely Hour sits at Number 4 this week, and the Top 5 is completed by rising star Troye Sivan and his Wild EP.

Heavy metal band Five Finger Death Punch score a personal best on the Official Albums Chart with their latest album Got Your Six, which lands at Number 6 today. Their previous highest peak position was Number 21 with 2013’s The Wrong Side Of Heaven And The Righteous Of Hell.

Norwegian band A-ha land their 6th UK Top 10 album today with Cast In Steel, which enters at Number 8. This marks the 30th anniversary of the band’s first UK hit, the Number 2-peaking Take On Me.