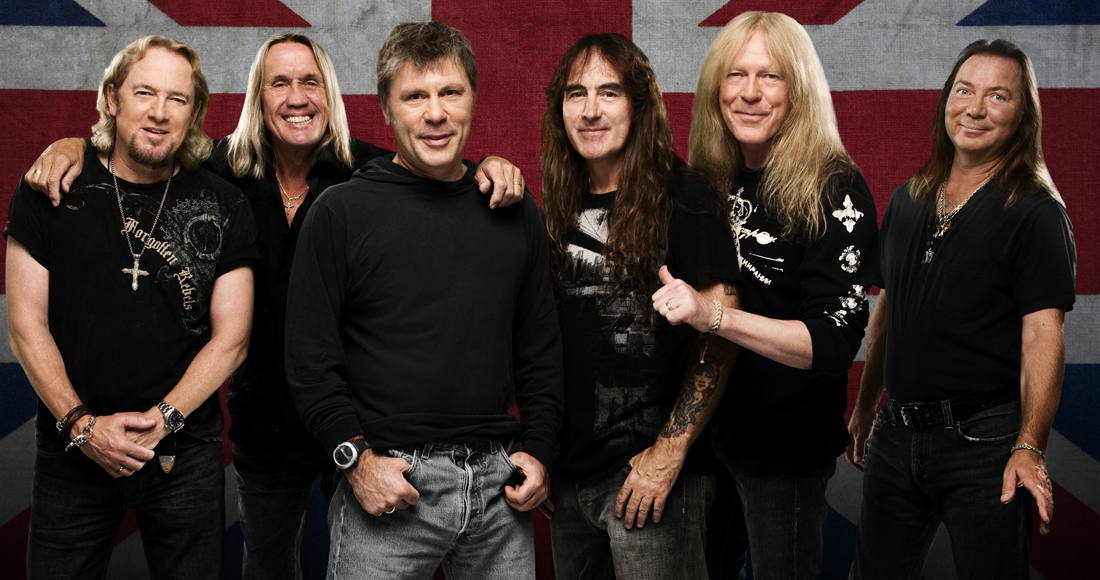 Veteran heavy metal rockers Iron Maiden are way ahead in the race to top the Official Albums Chart.

The band’s 16th studio album Book Of Souls is currently over 30,000 chart sales ahead of nearest rival Jess Glynne, putting them in with a good chance of scoring their fifth Official Albums Chart Number 1 this Friday.

Iron Maiden, led by Bruce Dickinson, last topped the charts in summer 2010 with The Final Frontier.

There’s another heavy metal group hoping for a Top 5 this week – Five Finger Death Punch’s Got Your Six enters at Number 4. This could give the band a new Official Albums Chart personal best on Friday; their previous highest peak position was Number 21 with 2013’s The Wrong Side Of Heaven And The Righteous Of Hell.

Rounding off the Top 5 of today’s Update is last week’s Number 1 from The Weeknd, The Beauty Behind The Madness.

There are 10 further albums new into the Official Albums Chart Update Top 40, kicking off with Norwegian band A-ha, whose 10th studio album Cast In Steel enters at Number 7. 2015 marks the 30th anniversary of the band’s first UK hit.

British rockers Public Image Ltd, led by punk legend John Lydon, look set to score their first Top 40 album for 25 years, with 10th studio album What The World Needs Now (25), while US punk band Fidlar enter at Number 30 with Too.

There are also new entries for Arcs’ Yours Dreamily (31), Etherwood’s Blue Leaves (36) and Wonder Years’ No Closer To Heaven.

Three albums hop back into the Top 40 on today’s Update: Stereophonics’ Best Of (35), Gregory Porter’s Liquid Spirit (38) and Michael Jackson’s Number Ones (39).

Highest climber in today’s Update goes to Lionel Richie – his The Definitive Collection with the Commodores leaps 20 places to stand at Number 9.