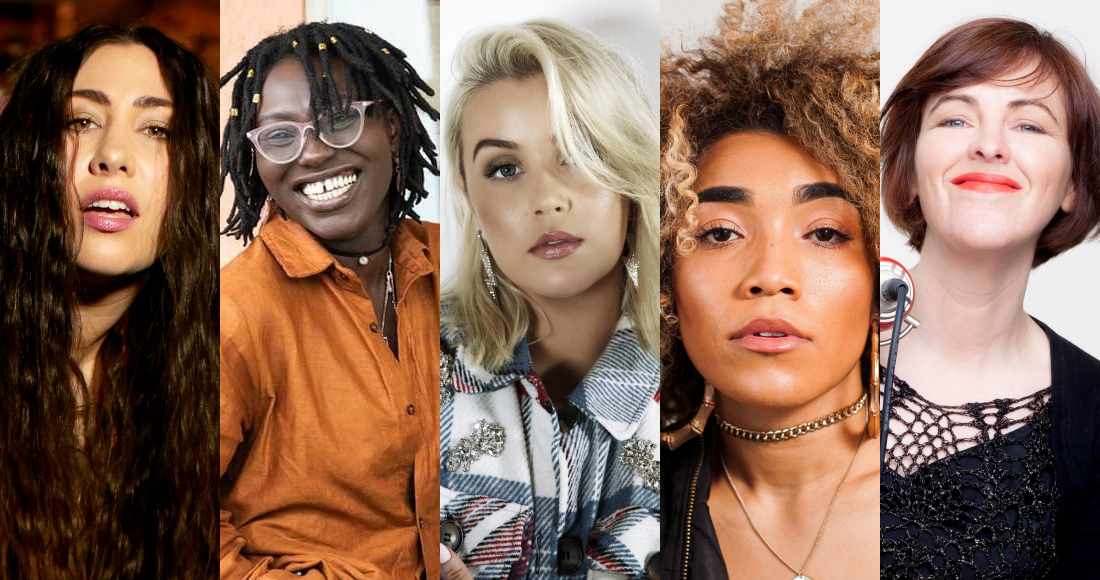 UPDATE: Irish Women in Harmony have now released Only A Woman alongside its official music video. Watch below.

ORIGINAL ARTICLE: Irish Women in Harmony bring the past and the future into the present with their new single Only A Woman.

Released on Friday July 23, Only A Woman samples the chorus of iconic Irish song Only A Woman's Heart, the idea coming about after fans compared the new collective to the 1990s track, the cornerstone of the 1992 compilation album A Woman's Heart, one of Ireland's best-selling albums of all time.

The original Only A Woman's Heart was sang by Mary Black and Eleanor McEvoy, the latter making a cameo during the intro of the new interpretation. In addition to McEvoy, current Official Irish Homegrown Chart stars RuthAnne and Erica Cody provide vocals, as do future faces, pop starlet Aimée and spoken word rising star FeliSpeaks.

"Our new single Only A Woman is about what it is to be a woman today. We hope the song connects and inspires and empowers a new age of womanhood for all," said Irish Women in Harmony founder RuthAnne, who is also gearing up to release her second solo studio album later this year, which trailed by lead single Remember This.

So what can you expect from Only A Woman? We've had a first listen and the song is a dynamic meshing of spoken word and melodic pop vocals, threaded together by a modern R&B-influenced guitar beat. FeliSpeaks' inspirational verses coupled with uplifting harmonies during the bridge perfectly showcase Ireland's breadth of diverse female talent.

During the first lockdown last year, RuthAnne formed Irish Women in Harmony, who raised €235,000 for SAFE Ireland with their cover of Dreams by The Cranberries. On release in June, Dreams debuted at Number 15 on the Official Irish Singles Chart - and went to Number 1 on the Official Irish Homegrown Chart, becoming the first song by a female act to do so. Dreams was also 2020's best-selling vinyl single in Ireland.

Hear ye hear ye!! Delighted to announce I’m one of the feature artists on the new Irish Women In Harmon single ‘Only A Woman’ out Friday 23rd July. Eek omg I'm on a song! 🥺 #iwih #womensupportingwomen”
- Pre-Save link:https://t.co/RZHV1jlq0l pic.twitter.com/wEi019EUCW

The group's second release Together at Christmas peaked at Number 3, and the collective are working on an album to continue to champion female collaboration and giving a platform to Irish women musicians.