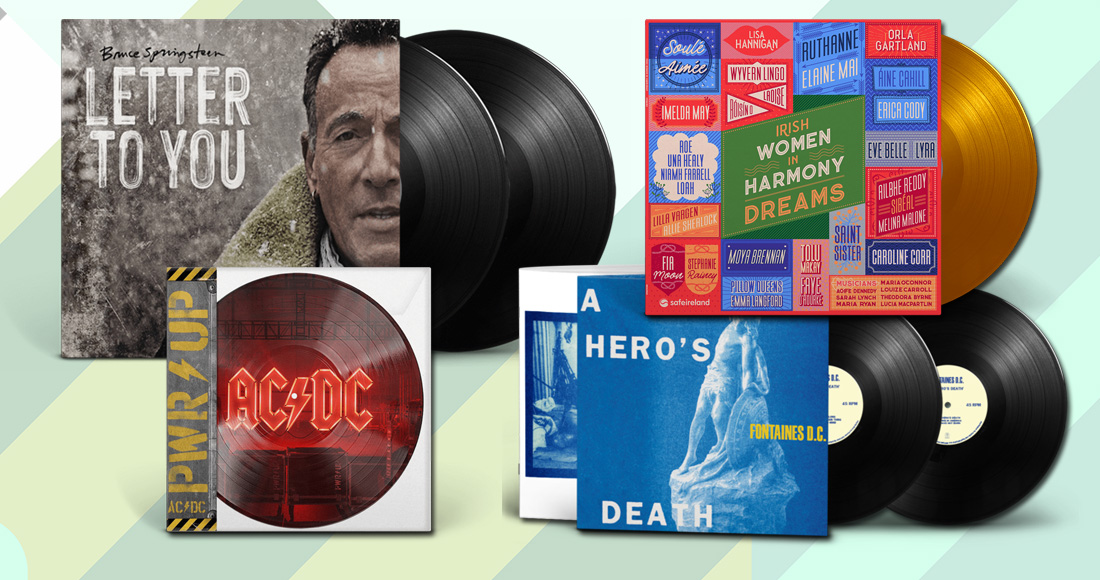 Bruce Springsteen claims Ireland’s best-selling new vinyl release of the year with Letter To You.

Despite being released late in the year in October, Bruce’s ninth Number 1 on the Official Irish Albums Chart sold strongly, shifting just shy of 3,000 copies on the revived format to finish fourth on the overall best-sellers list.

Fleetwood Mac’s classic Rumours - a staple for any new vinyl collection - takes up the overall vinyl Number 1 spot for the year.

Harry Styles’ second studio album Fine Line rounds out the Top 3 at Number 3, which was first released in December 2019 but continued to sell well with a restock of the album’s limited edition coke bottle green variant, and a one-year anniversary vinyl boxset.

The fastest-selling vinyl album release of the year came courtesy of Dublin post-punk group Fontaines D.C. with A Hero’s Death at 8. The collection charted at Number 2 on the Official Irish Albums Chart upon release in August.

Other chart-topping albums from 2020 that were big sellers on wax were Bob Dylan’s Rough and Rowdy Ways (35) and the best-seller by a female artist Future Nostalgia by Dua Lipa (46).

Looking to vinyl singles, Irish Women in Harmony picked up 2020’s best-seller with Dreams. The 39-strong charity collective of female artists and musicians came together to record a cover of The Cranberries classic, with proceeds going to domestic abuse prevention agency SAFE Ireland.

Further down the Top 20, Irish Women in Harmony claim a second entry at Number 11 with Together at Christmas, Billie Eilish’s Bond theme No Time To Die stirs up Number 12, post-punk group The Murder Capital are Number 16 with Love Love Love and rising pop/rock group Inhaler pick up two entries with Falling In and My Honest Face at Numbers 17 and 19.