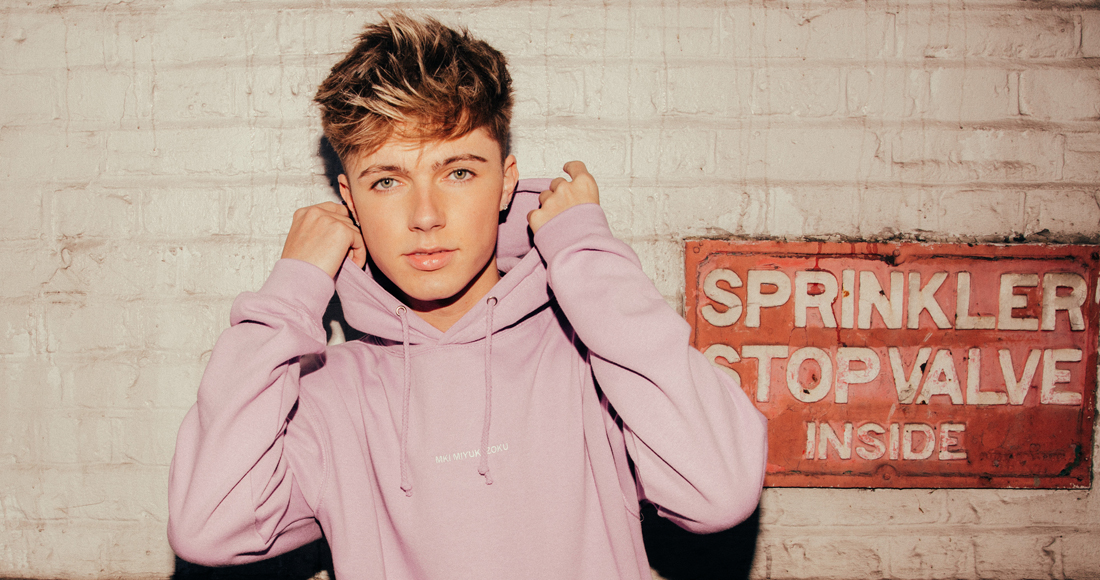 Rising star HRVY is at that exciting moment in an artist's trajectory where everything shifts up a gear with the hope they will become the next big breakout star.

His last single I Wish You Were Here was playlisted by Radio 1, and last month he was one of three new acts added to the station's Brit List, which guarantees support for three singles in the lead up to their debut album.

Except for HRVY, there may not be a debut album. "I don’t know whether I'll put out an album," he told us over phone. "I definitely have enough music for one but I don’t think that’s the way music is going at the moment. I don’t want to necessarily conform to what’s supposed to happen.

"Some of the biggest artists in the UK are releasing albums and they’re not doing what they necessarily should be doing in the charts. A lot of people are doing better focusing on just releasing singles. We’re changing things all the time – ask me again in a couple of months and an album may be coming!"

19 year old HRVY got his footing into music via Music.ly and Instagram, where he has 3.9 million followers, and has since racked up over 500 million streams worldwide with tracks including Personal and Hasta Luego. His new single, I Don't Think About You, is a more stripped back affair that sits amongst the likes of Shawn Mendes and Justin Bieber.

“It’s one for the fans," he said. "It’s an acoustic song, which I thought was a good way to round off the year. We’re not putting any pressure on how it performs. A lot of people are heading on their Christmas break now, so I wanted to bridge the gap and give the fans something. I don’t know about everyone else, but Christmas holidays can get a bit boring sometimes!"

HRVY admits it was a last minute decision by him to release the song. "I like releasing music this way because it doesn’t feel as pressured. People are just dropping songs because they like them – it gives the artist a lot more freedom. You can make a song in your bedroom and it can get millions of streams. I think it’s much better now, even though it’s a tougher climate.”

So, if there's no album, what's next for HRVY in 2019? "I’m buzzing for 2019! I feel like I’ve had more mainstream love recently – it’s so great to get recognition from places like Radio 1. It’s not always easy to get that when you’ve come up through the internet.

"Next year should hopefully be really good, bridging the gap between online and the mainstream. I feel like everything is in a good position for next year, so I’m really happy."