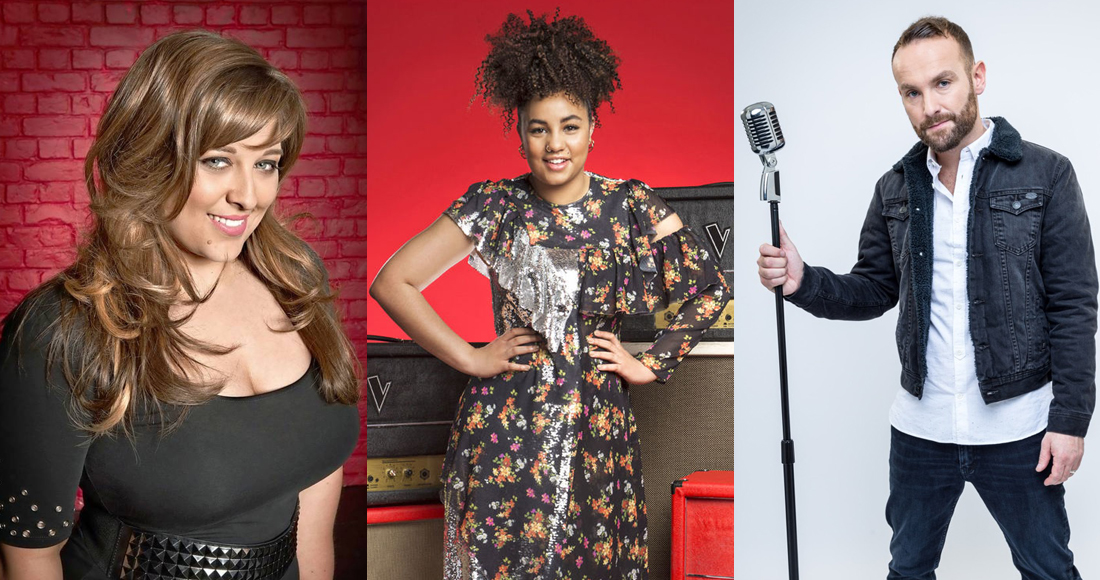 This year's series of The Voice UK saw Molly Hocking crowned the show's eighth champion. She was the favourite to win, beating Bethzienna Williams, Jimmy Balito and Deana Walmsley to take the crown.

For her winner's single, the 18-year-old from St Ives, Cornwall has covered I'll Never Love Again, a song co-written by Lady Gaga and performed with Bradley Cooper in the new A Star Is Born film. It's currently perched just outside the Top 40 in this week's Official Chart Update.

The Voice UK has a checkered past when it comes to winner's singles. For its first series in 2012, when it aired on BBC 1 and was locked in a ratings war with The X Factor, winner Leanne Mitchell released Run To You and it stalled at Number 45. It was considered a disaster compared to consistently chart-topping efforts from X Factor champions.

Things improved the following year, when series two winner Andrea Begley took her cover of Evanescence's My Immortal to Number 30 on the Official Singles Chart, but slumped again in 2014 when a rendition of And I'm Telling You I'm Not Going by series champion Jermain Jackman topped out at 75.

Since then, The Voice winner's singles have performed modestly on the singles chart, except for in 2017, when winner Mo Adeniran released a winner's EP several weeks after the series had finished that wasn't chart eligible. Liberty X singer Kevin Simm, who won the 2016 series, has the second biggest winner's single with All You Good Friends, followed by last year's champion Ruti, who reached Number 14 with her rendition of The Cranberries' Dreams.