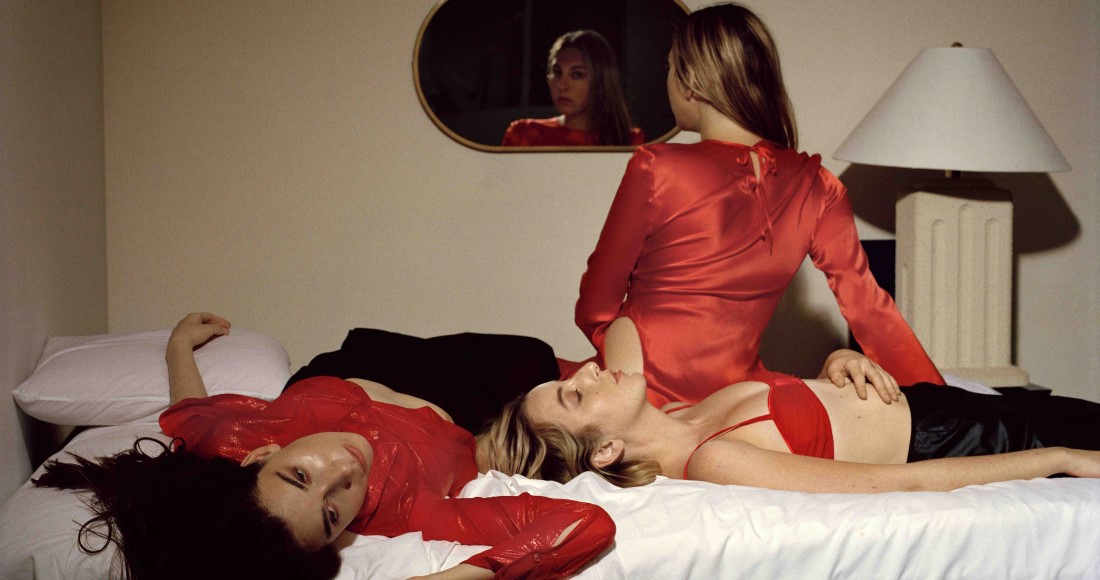 Haim have gone straight to Number 1 with their third album, Women in Music Pt. III.

The eponymous LA pop-rock band made up of sisters Este, Danielle and Alana finish the week ahead of the pack by 4,000 chart sales, claiming the most downloads and vinyl of the past seven days, putting them in pole position on the Official Vinyl Chart too.

It’s their second Number 1 collection, with their 2013 debut Days Are Gone also reaching the top spot; follow-up Something to Tell You placed at Number 2 in 2017. See all of Haim's hit songs and albums here.

Celebrating the news, Haim told OfficialCharts.com: “The UK has always supported us and we are forever grateful. We wish we could celebrate with you all but we feel your love all the way here in Los Angeles.”

Meanwhile, last week’s Number 1 Rough and Rowdy Ways by Bob Dylan comes in at Number 2, just ahead of Jessie Ware’s new album What’s Your Pleasure? at 3, singer-songwriter Jessie’s highest charting album to date, beating her previous personal best of Number 5 with her 2012 debut Devotion. What’s Your Pleasure is Jessie’s fourth consecutive Top 10 album. See where all of Jessie Ware’s singles and albums charted in the UK.

Further down, Tyneside musician Nadine Shah earns her first Top 40 album with Kitchen Sink at 29. This week Nadine gave an incredibly in-depth and personal interview on our live stream series The Record Club, with no topic off limits, from societal pressures on women to openly discussing the impact of coronavirus on her career and personal life, and whether or not she'll be able to release another album. Watch it back here.