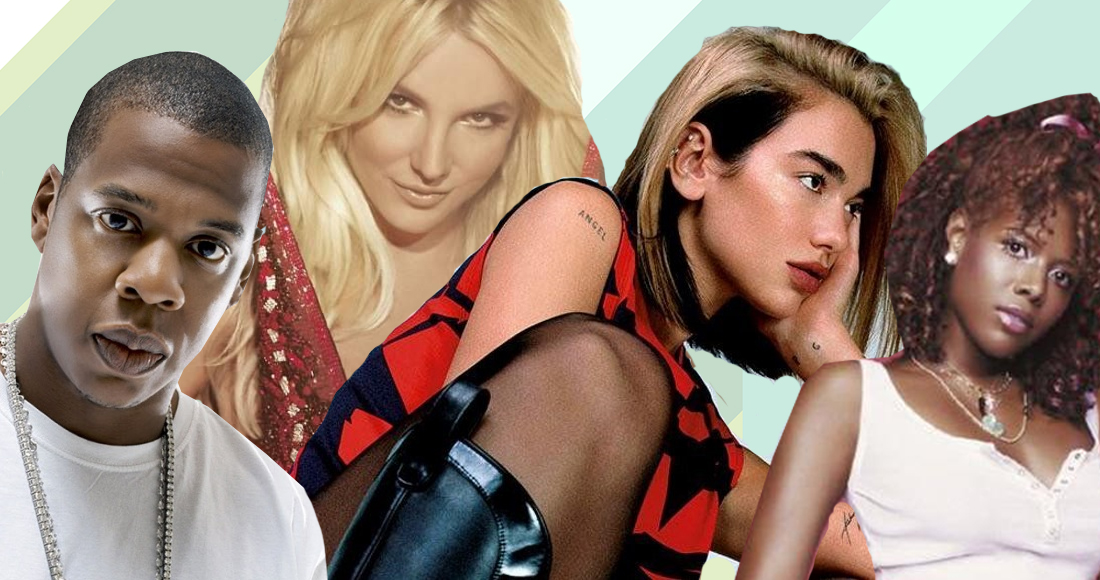 Some songs are so unavoidable, whether it be on constant rotation on radio, in the clubs or on a TV/movie soundtrack, that it's a mystery when they don't manage to reach Number 1. Anywhere. And while many tracks achieve popularity in numerous countries across the world, for some of them, a Top 10 finish is all that is on the cards.

However, some tunes on occasion get that extra push or resonate with the public that little bit more in a particular territory, resulting in achieving a Number 1 in just one country. Below are ten hits that, despite worldwide success, only reached Number 1 on the Official Irish Singles Chart.

The German producers famous for their five(!) Number 2 singles in the UK, the Irish were kinder to Sash!. Ireland has a history of dance bangers getting to Number 1, and the Official Irish Singles Chart can claim the distinction of being the only national chart that had Encore Une Fois on top. Sash took on Spice Girls' double A-side Mama/Who Do You Think You Are and won, sitting in the chart throne for a single week.

Tonight is the only Westlife song to reach Number 1 on their home turf that didn't reach the top in the UK, where it peaked at Number 3. To claim this exclusive Number 1, Tonight outsold Gareth Gates & The Kumars' Spirit In The Sky by over 2:1, and deposed Christina Aguilera's Beautiful from the top. We'll always be able to call Westlife our own, and we even have a chart topper that's unique to us too.

It's hard to believe that Kelis' Milkshake only reached Number 1 on the Official Irish Singles Chart, but it's true. Number 2 in the UK and Australia, Ireland's boys were brought to the yard in bigger droves than anywhere else worldwide, and helped Kelis replace Will Young's Leave Right Now, 2003's Christmas Number 1 that had been on top for six weeks.

How Numb/Encore didn't get to Number 1 anywhere else is beyond us, but we'll happily take this one. The most successful track from Jay-Z & Linkin Park's game-changing EP Collision Course, Numb/Encore was hugely popular here, spending an impressive four weeks at Number 1 on the Official Irish Singles Chart, keeping the likes of Green Day and Gwen Stefani at bay.

The Fray tugged heartstrings the world over in 2007 with the emotional How To Save A Life, and it clearly struck a chord with the Irish. It earned Top 5 finishes in Australia, Belgium (Wallonia), Sweden, the UK and the US, but it was a Number 1 solely on Irish shores. How To Save A Life ousted Give Me A Minute by 21 Demands from the top, the band that would go onto become Kodaline.

It seems the Irish really did want a piece of Britney. In fact, outside of Canada, Ireland is Britney's most populous country for Number 1s, where she has eight to her name. A chart topper exclusive to us is Piece Of Me; a Top 10 hit in 11 countries, the track took down X Factor winner Leon Jackson at Number 1 in January 2008, staying there for two weeks.

The Veronicas breakthrough international single was inescapable in 2009 but somehow didn't touch the top spot anywhere but here, not even their homeland of Australia where they claim three chart toppers. Lisa and Jessica did however a-la-la-la their way to Number 1 in Ireland. Incredibly, the twins secured the Number 1 by just three(!) sales, toppling Tinchy Stryder & N-Dubz's snappily-titled Number 1.

"So tell the DJ play it" - the Irish public listened to Alexandra Burke's request when All Night Long was released as the fourth single from her debut album Overcome, remixed with a feature from Pitbull to freshen it up. The collaboration paid off and bopped its way to Number 1 in May 2010, overthrowing Hey, Soul Sister by Train.

James' breakthrough single was a Top 10 hit in 11 territories worldwide, but was held back (sorry) from the Number 1 spot everywhere except Ireland. A slow burner en route to the top, Hold Back The River washed up at the helm of the Top 50 in its 12th week on chart, knocking off Rihanna, Kanye West and Paul McCartney's FourFiveSeconds. James also did the Official Irish Chart Double that week.

The Irish certainly GAF about Dua Lipa in January 2018 when she scored Ireland's first new chart topper of the year, dethroning the 2017 Christmas Number 1 Perfect by Ed Sheeran in its fifth week on chart. While IDGAF reached Top 5 in Australia, Belgium (Wallonia), Latvia, Malaysia, New Zealand, Norway and the UK, the song became Dua's second Number 1 in Ireland. She now has four, her most in any territory.