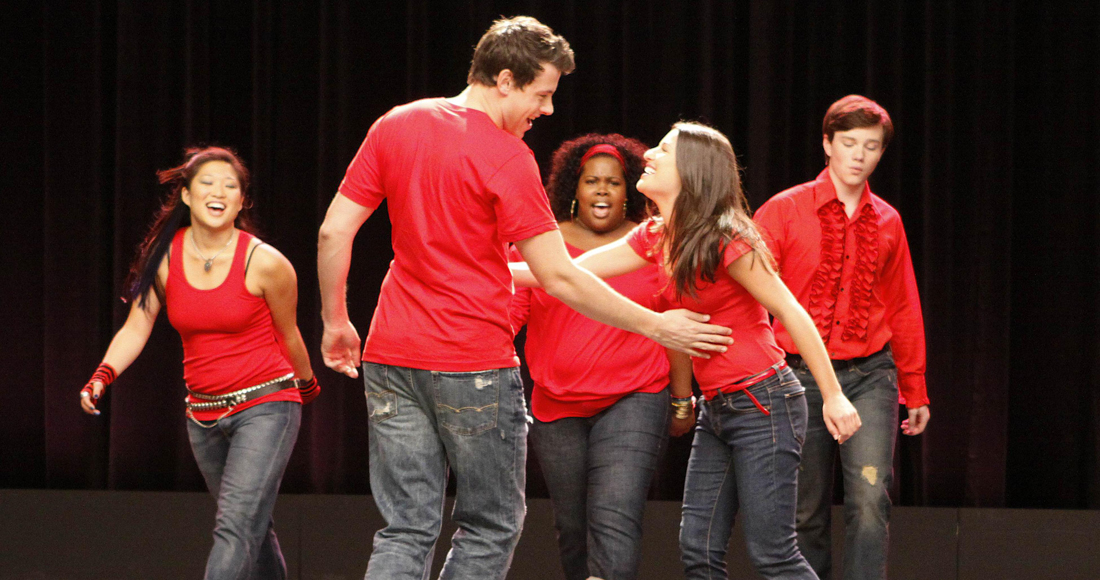 With a hundred Top 75 singles to their name in the UK, we reveal the Glee Cast’s biggest selling tracks!

They’re a force to be reckoned with, clocking up more Top 75 hits over the last three years than The Beatles or Elvis Presley managed in a similar timeframe back in their heyday. Indeed, since it hit our screens back in 2009, the UK has fallen in love with the students of William McKinley High’s Glee club, The New Directions, and embraced the musical phenomenon that is Glee.

While musical segments in TV shows is far from new, Glee pushed the boundaries of modern technology, making tracks from that evening’s episode available to download after it had finished airing. And, over the last three or so years, the cast of Glee have scored an incredible 100 Top 75 singles on the UK’s Official Singles Chart and 17 Top 75 albums on the Official Albums Chart.

“Those are some staggering numbers,” Matthew Morrison, who plays Glee’s band glee-der Will ‘Mr. Schue’ Schuester in the show, tells OfficialCharts.com. “I’m told that it’s more than The Beatles sold and then Elvis Presley sold, which is kind of crazy to think of!”

“At the same time, we’re doing covers of songs. We’re kind of putting our own stamp on great Top 40 hits, whereas The Beatles and Elvis… That was their own music. What we do is different; I feel like there should be a little asterisk next to it! You can’t top Elvis and The Beatles, c’mon!”

The biggest hit to emerge from the show, by far, is the Glee cast’s cover of Journey’s 1982 single Don’t Stop Believin’. The Glee version reached Number 2 on the Official Singles Chart in December 2009, selling over half a million copies in the UK alone.

Coming in at Number 2 is the Lea Michele’s (who plays Rachel Berry in the show) mash-up of Beyonce’s Halo with Katrina And The Waves’ Walking on Sunshine. By that point, it was the ninth single to have charted from the show, and it peaked at Number 9 in February, 2010.

Another unlikely pairing, Bon Jovi’s It’s My Life and Usher’s Confessions II, which is fronted by Cory Monteith (who plays Finn Hudson) and Kevin McHale (Artie Abrams) is in third place on our chart, followed by a cover of The All-American Reject’s Gives You Hell. Ironically, the Glee Cast version of Gives You Hell (fronted by Lea Michele) actually charted higher than the original. The Top 5 is completed by their rendition of Queen’s Somebody To Love.