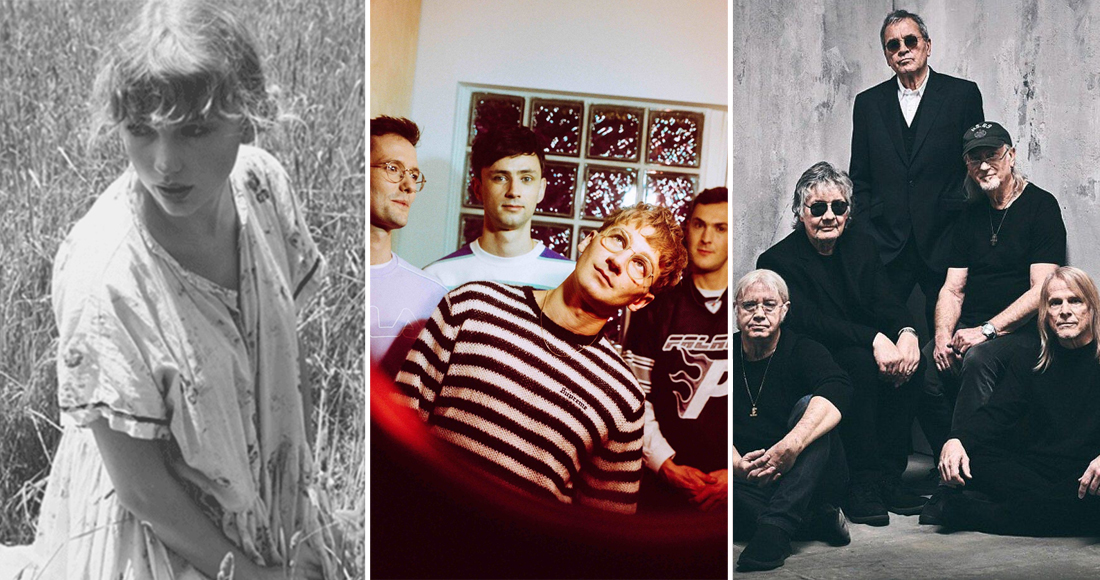 Taylor Swift is on track for a third week at Number 1 on the Official Albums Chart this Friday, but two new entries from Glass Animals and Deep Purple aren’t missing out on the top spot without a fight.

Taylor’s eighth album Folklore is the most streamed album so far this week and has a lead of 600 chart sales in pursuit of sitting on the chart throne once again.

Meanwhile, Glass Animals are at Number 2 with Dreamland, currently the week’s biggest seller on physical formats. The psychedelic pop group from Oxford could secure their first Top 10 this week; they previously reached a high of Number 23 with their second album How To Be A Human Being in 2016.

At Number 3 midweek are rock veterans Deep Purple with their 21st studio album Whoosh!. The album is the most downloaded of the past three days and could become their highest-charting for 40 years, since Deepest Purple topped the Official Chart in July 1980.

The fourth Japanese album from Korean group BTS, Map of the Soul: 7 – The Journey, is on track from a Top 40 debut, currently at Number 16, following its release on CD. Dance duo The Beloved start at Number 18 with the 30th anniversary edition of Happiness – the band’s debut album originally peaked at Number 14 on release in February 1990. Pixies also have a 30th anniversary release out; the reissue of their third album Bossa Nova is at Number 25.

More albums that could impact this Friday’s Top 40 include: Twin Heavy by indie pop artist Willie J Healey (26); Joe Bonamassa with the reissued A New Day Now (29); Elgar/Violin Concerto by violinist Nicola Benedetti with the London Philharmonic Orchestra and Vladimir Jurowski (31), and Essential, a new hits collection from Diana Ross and The Supremes (32).

Finally, the debut album from alternative group Another Sky, I Slept On The Floor, opens at Number 34 midweek.