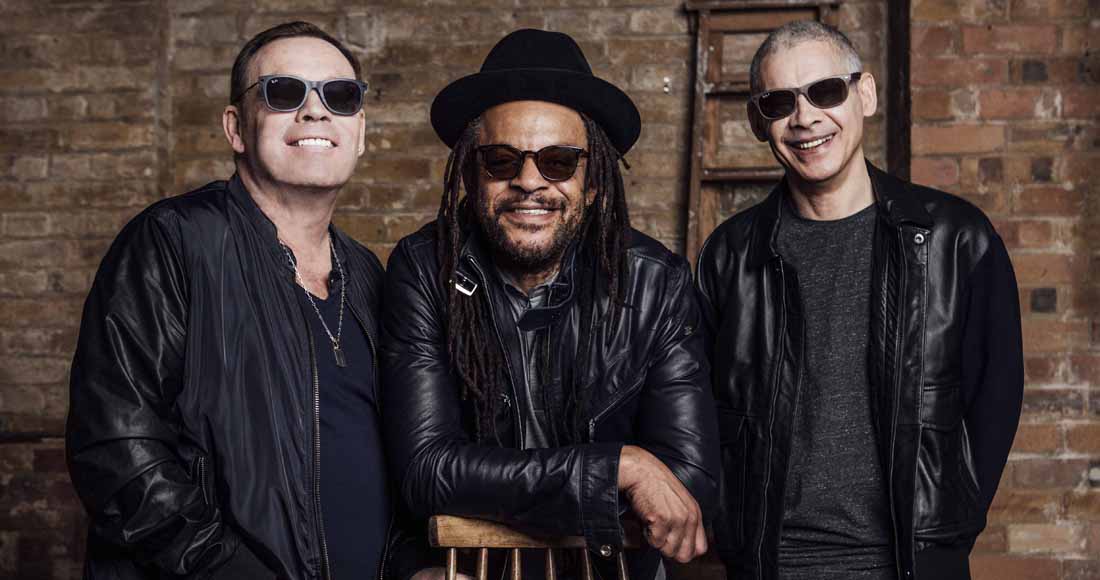 Former members of UB40 Ali Campbell, Astro and Mickey Virtue are set to make a strong debut on this week's Official Albums Chart with their latest collection A Real Labour Of Love.

The record sees the ex founding members of the band put a fresh take on the legendary series of albums, focusing on reggae tracks that defined the 1980s and saw the genre enter the mainstream.

A Real Labour Of Love opens at Number 2 on this week's Official Albums Chart Update, currently behind The Greatest Showman soundtrack, which is on course for a ninth week at Number 1.

Also on course for a Top 5 debut this week are British rockers Embrace - their seventh album Love Is A Basic Need is currently at Number 4.

It's a busy week for new album releases, with a further 14 new entries on track to land inside this week's Top 40. US alt-rockers The Breeders are a 6 with All Nerve, British singer-songwriter Tracey Thorn could be scoring her first Top 10 with Record (7), and Canadian rapper Tory Lanez starts at 10 with Memories Don't Die.

Blackpool rock band Jethro Tull are perched just outside the Top 10 at 11 with their latest album Heavy Horses, Superorganism's self-titled debut (12), Moby's 15th collection Everything Was Beautiful & Nothing Hurt (14) and Walsall band Stone Broken, who are set to make their Official Chart debut with Ain't Always Easy (15).

TV presenter and gardener Alan Titchmarsh is on course to land his first Top 40 with an album of classical compositions by The National Symphony Orchestra and Debbie Wiseman called The Glorious Garden (18), and British rapper Sneakbo starts at Number 22 with his debut set Brixton.

Further down, three Pet Shop Boys album reissues, Actually, Please and Introspective, are at 24, 25 and 32 respectively, while Joan Baez's Whistle Down The Wind (31) and Michael Schenker's Resurrection (38) are on track to land in this week's Official Albums Chart Top 40.