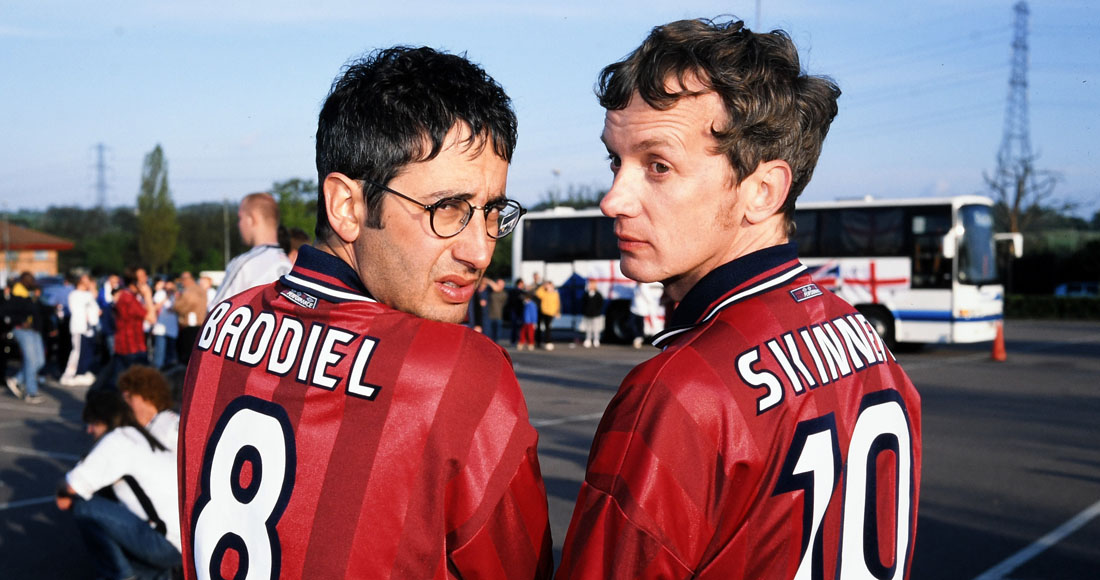 Football anthems including 3 Lions, Vindaloo, and World In Motion are scaling the Official Singles Chart Top 100 as England prepare to take on Denmark in the Euro 2020 semi-final this Wednesday (July 7).

Following England's victory over Ukraine in last Saturday's quarter-finals, England fans are revving up their support by streaming and downloading classic and brand-new football anthems.

3 Lions by David Baddiel, Frank Skinner and The Lightning Seeds is leading the way at Number 6 in the latest Official Singles Chart Update, up 16 places from the previous week. If the track continues its momentum (particularly if England win their semi-final game), it could give the track a fifth stint at Number 1, extending its UK chart record.

Meanwhile, Vindaloo by collective Fat Les - a Number 2 hit in 1998 - is currently at Number 40 and heading for its first Top 40 entry since 2010, when it re-entered at Number 32 around the World Cup. Another golden oldie, New Order's chart-topping Official World Cup 1990 song World In Motion, sits at Number 57.

Further down, rap duo Krept & Konan are currently placed at Number 73 with Olé (We Are England ’21), their "unofficial official" England Euro 2020 song that midfielder Declan Rice has thrown his support behind. Finally, Neil Diamond's Sweet Caroline, which has become a favourite to play after an England victory, is at Number 85.

Expect these to climb - and possibly more football songs to enter - the chart, should England win against Denmark in this week's semi-final.