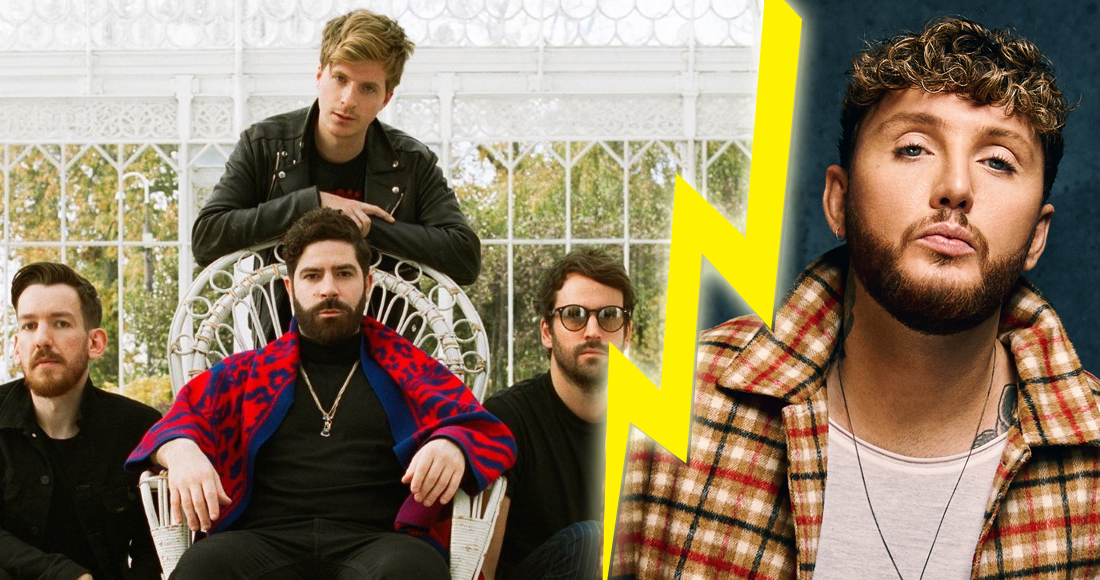 Foals and James Arthur are involved in a close race Number 1 on this week’s Official Albums Chart.

James Arthur is currently at Number 2 with You, his third studio album and follow-up to 2016’s chart-topping Back From The Edge. James has the lead on digital downloads so far, with Foals edging ahead on physical and streaming formats.

MORE: James Arthur on new album You: "I’m seen as this guy who just does ballads – that’s not me at all"

American rock band Alter Bridge could match their career peak with Walk The Sky at Number 3, Doncaster alt-rocker Yungblud sits at Number 4 with his new EP The Underrated Youth, and Daniel O’Donnell completes an all-new Top 5 with Halfway To Paradise, his prospective 39th Top 40 album.

Jimmy Eat World are on track for their highest-charting album ever in the UK with their 10th studio album Surviving at 10, while electronic act and neuroscientist Floating Points could score his first Top 40 album with Crush at 18.