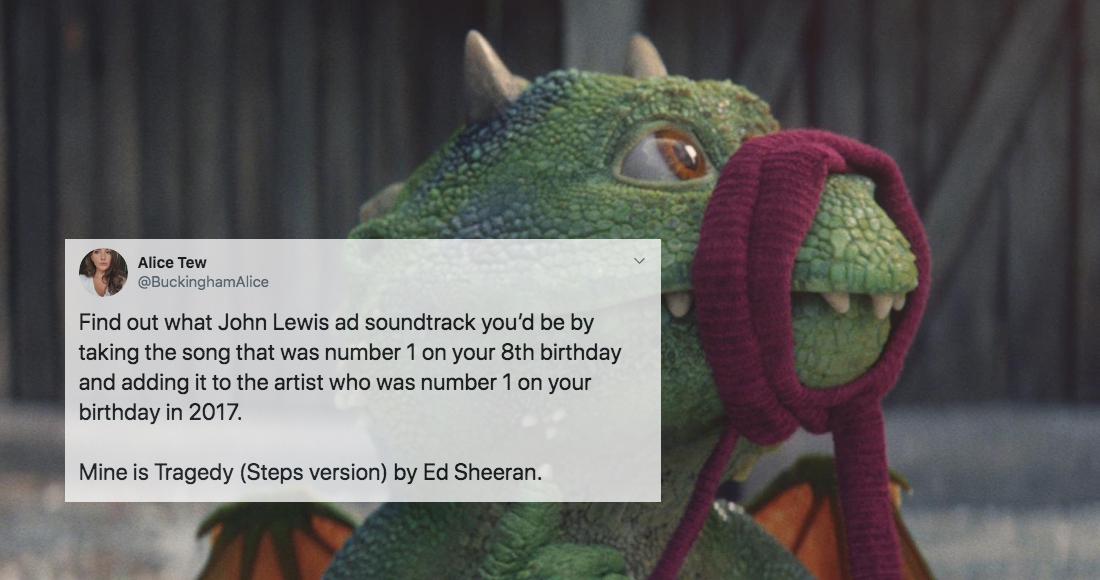 This year's John Lewis Christmas advert has been unveiled, and with it the trailer's soundtrack - a cover of REO Speedwagon's 1984 hit Can't Fight This Feeling by Bastille.

The theme song for the highly anticipated advert usually sees a current artist covering a classic. For their 2012 festive trailer, Gabrielle Aplin released a haunting take on Frankie Goes To Hollywood's 1984 chart-topper The Power Of Love, while the 2010 advert was soundtracked by a cover of Elton John's 1970 hit Your Song by Ellie Goulding.

Mine is Tragedy (Steps version) by Ed Sheeran.

Make sense? We're not entirely sure either, but you can't not test the theory, right? The post on Twitter has already had over 3,500 replies and turned out some brilliant results.

The world DOES NOT NEED

So, what are you waiting for? To find out what John Lewis Christmas advert soundtrack you'd be, simply enter the correct date for your eighth birthday in our Official Chart archive. followed by your birthday date in 2017.

Delighted or extremely troubled by the result? Tell us in the comments below.