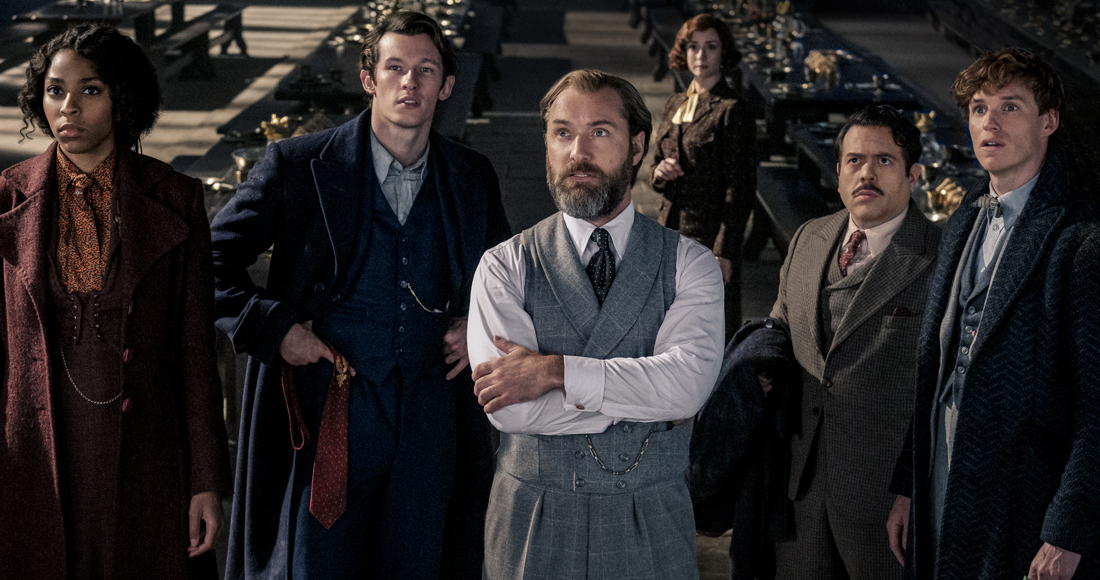 Fantastic Beasts: The Secrets of Dumbledore returns to Number 1 on the Official Film Chart, unseating Doctor Strange in the Multiverse of Madness.

Following its release on DVD, Blu-ray and 4K UHD, the third installment of the Fantastic Beasts films scores a second week at the top with 87% of its sales this week coming from physical formats.

Meanwhile at Number 2, former chart-topper The Lost City leaps back up 13 places, following its own release on disc. Doctor Strange in the Multiverse of Madness finishes this week down two places at Number 3.

Robert Pattinson’s turn as The Batman holds at Number 4, earning its tenth total week in the chart, while The Northman also hangs on to its place in the Top 5 at Number 5. Spider-Man: No Way Home also earns a landmark 20th week in the chart as it finishes at Number 6 this week.

Sing 2 claims the Number 7 spot, while fantasy adventure Dune jumps five to return to the Top 10 at Number 8. Top Gun rises one to 9, and finally action-horror Morbius rebounds two to Number 10.